From the fall of the Soviet Union to the Gulf War, the presidency of George H. W. Bush dealt with foreign policy challenges that would cement the post-Cold War order for a generation.

Transforming Our World: President George H.W. Bush and American Foreign Policy offers readers a unique perspective on international events in the Bush administration -- in the words of distinguished U.S. foreign policy insiders who helped shape them. They shed new light on and analyze President Bush’s role in world events during this historic period, his style of diplomacy, the organization and functioning of his foreign policy team, the consequences of his decisions, and his leadership skills.

At a time when the old American-led post-World War II order is eroding or even collapsing, this book reminds readers of the difference American leadership in the world can make and how a president can manage a highly successful foreign policy.

“I think it’ll be very hard to have another person like George H.W. Bush in the field of candidates that could successfully compete to be President of the United States, and I say that because his track record of responding to the normal call of public service is almost unique. None of his predecessors had it and I don’t think any of the successors to him will have that breadth of knowledge.”

“[President Bush] actually did more to introduce transformation than any other President in our history when it came to inviting people to the responsibilities of governing. Yes, with the opportunities that come through democracy, but he actually made many bad leaders better leaders because of how he led around the world.”

“George H.W. Bush was the kind of visionary transformational leader that was patient and kind and inclusive and didn’t command—he invited.”

“The most important thing the President of the United States does is appoint other people to run the federal government, because a person, one person—no matter how powerful, how brilliant, how experienced—can’t run a government as big as the one we have… it is enormous and it is enormously complex. George Bush cultivated a large group of people across the country in his first campaign for President in 1980 and then in ‘88, but during eight years as Vice President he built up this huge network. And it wasn’t just people to run the campaign, it was people he wanted to run the campaign and to run the federal government. And by putting people who are loyal to him and shared his world view and his values in office, he was in fact seizing control in a very gentle way of the reigns of power.”

"The person in the United States—the American President—since World War II who has most epitomized Edmund Burke’s view of the world was George Bush.” 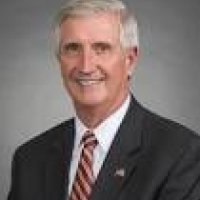 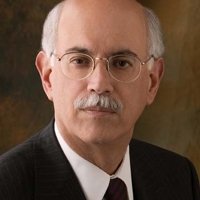 Author, Transforming Our World and Director of the Scowcroft Institute of International Affairs at the Bush School of Government and Public Service at Texas A&M University