"We can look at the Yalta Conference as the beginning of the longest, but also most dangerous, peace in European history," said Serhii Plokhii, Mykhailo Hrushevsky Professor of Ukrainian History, Harvard University, and Advisory Council Member, Kennan Institute. At an 18 March 2010 Kennan Institute talk, Plokhii discussed his new book, Yalta: The Price of Peace, which analysis benefited from the opening of the Russian archives in 1991. These previously inaccessible documents allowed Plokhii to shed new light on the Yalta Conference and free it from the embrace of the Cold War-era debates.

Although the conference is often conceptualized as a meeting between the West and the Soviet Union, Plokhii stressed that there were major differences between the two Western allies – the United States and Great Britain – and in fact 3 separate agendas were in play. Cooperation between U.S. President Franklin Roosevelt and Prime Minister Winston Churchill was minimal; FDR did not want to share a common platform with the latter because he felt that as a colonial power, the UK had different and morally ambiguous interests.

Plokhii argued that the Yalta Conference should be also examined through a cultural paradigm, not merely a geopolitical one. In particular, the political culture of each country affected its leaders' perceptions of the other players and their environment. Joseph Stalin's conception of democracy was vastly different from the other two leaders, and he did not understand the constraints FDR and Churchill faced from Congress and Parliament, respectively. Meanwhile, the two Western leaders were "under the spell of Stalin's charm," according to Plokhii, and had the false impression that the Politburo was forcing Stalin to adopt his harsh policy positions. Meanwhile, Stalin's "charm" masked his real belief that all Western leaders were capitalist thieves, and therefore using any means of deception against them was justified.

FDR and his advisors assumed that as the leader of his country, Stalin valued the lives of his citizens above all else. Therefore they assumed they could use loans as points of leverage at Yalta since Stalin would need money to raise the quality of life for a population devastated by war, especially one which suffered more casualties than any other Ally or Axis power. However, this was not the case. Perhaps the best example of this cultural gap is evident in the exchange of prisoners of war following the Yalta Conference. "The U.S. thought that is what any decent leadership would do," said Plokhii, referring to the deal struck for each country to get its soldiers back. However, from the Soviet point of view, there was no higher crime than being caught in the hands of the enemy. Stalin wanted POWs back to punish them, not to save them.

Plokhii also addressed some persistent "myths" about Yalta, including the impact of FDR's health on his participation. According to the author, Russian documents show no proof that the Soviet Union tried to take advantage of FDR's illness or that any position taken by the American president was due to his poor health. Moreover, Plokhii emphasized that the Yalta Conference was not a Cold War conference, but a WWII conference. When it occurred, the enemy had still not been defeated, and "the loudest voice went to him who had the most troops on the ground" – Stalin.

"In current debates, no one in the West is satisfied with the results of the Yalta conference, but no one can suggest any viable alternative. So why does Yalta get all the blame?" asked Plokhii, summing up what he called the "puzzle" of Yalta. After all, other conferences bear more responsibility for the Cold War-era division of Europe. One can think only about the meeting between Stalin and Churchill in October of 1944 in which they divided up the Balkans. Plokhii offered some explanation, stating that there was a large discrepancy between the expectations of the American people and the results at the end of WWII. As one crisis in the American-Soviet relations followed another, the feeling emerged that the victory in the war was stolen from the West; the dying Roosevelt and the Yalta Conference emerged as shorthand explanations for the failures of the post-war period.

Having gained a more comprehensive understanding of the conference and its significance from his research, Plokhii concluded that overall, when the West is engaged in alliances with dictators who share no common value system, it will result in a major price paid by all parties as well as other parts of the world. "Stalin wasn't the first dictator whose power was built with Western help," said the author. However, he concluded that the world is too complex to suggest that alliances should be made only with friends. "Ultimately, it is important to know your ally as well as your enemy, because the difference between the two could be just a matter of time." 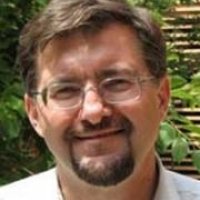