"I use him as the embodiment of a larger national problem for Saudi Arabia, which is their quest for Arab leadership and global recognition. He embodies all the problems that Saudi Arabia has had in establishing its Arab leadership, well before he became crown prince. For me, he is a very good symbol of their problems for leadership, their shortcomings, and that is what I use him for in this book, the embodiment of larger national problems Saudi Arabia has been having for decades."

"Icarus drowned after he went up to the sun and his wings melted and he fell into the sea. In the case of Mohammed bin Salman, I would say he is still struggling in the waters, particularly the international waters, to stay afloat and come back above water if you will. I think he's really found himself very marginalized in the Arab world [and] no longer has any control over the Gulf Cooperation Council, which are the six Arab monarchies in the Gulf. He has lost control of that. The most interesting new formation of alliances is between Iraq, Egypt, which is reasserting its role in the Arab world, and Jordan. It's a tripartite alliance, leaders met in June in Baghdad…here is a new Arab alliance from which Saudi Arabia is absent. I think he is still quite marginalized in the Arab world and what he did to Jamal Khashoggi is responsible for [this]."

"MBS has two images. One is the reformer, the domestic reformer. I think he has unleashed a social revolution…and more important it is a secular socialist revolution which phones right up against the Wahabi culture. So you have now an incredible clash of cultures inside Saudi Arabia. The notion that one day you would see women wrestlers performing in the WWE, performing inside Saudi Arabia, has to blow your mind if you know or lived in Saudi Arabia in the past. There is an incredible clash of cultures, and this makes him very popular, as Chas has pointed out, with the younger people and with the women. But he has created a police state. This is what we’re seeing outside Saudi Arabia, is suppression of all activism, human and political rights groups. This is giving him the image abroad, at least in the United States and Western Europe, of a kind of royal Saddam Hussein."

"I think he's really found himself very marginalized in the Arab world. He no longer even has any control over the Gulf Cooperation Council, which are the six Arab monarchies of the Gulf. He's lost control of that. And the most interesting new formation of alliances is between Iraq, Egypt, which is reasserting its role in the Arab world, and Jordan. It’s a tripartite Alliance, the leaders met in June, in Baghdad, and then the foreign ministers just finished another meeting—but here's a new Arab Alliance, from which Saudi Arabia is absent. So I think he's still quite marginalized in the Arab world. And what he did to Jamal Khashoggi is responsible for it. And by the way, we’re almost up to the 3rd anniversary, October 2, of Jamal’s murder.  So it’s timely to be discussing this issue. Anyway, I think he has a long way to go to recover from this fall."

"He has fundamentally changed the constitutional order in Saudi Arabia in the interest of pushing domestic reform, which he has done with great vigor. I think this is rational, I think it is enormously popular with young people in the kingdom, and it is the source of his legitimacy."

Speaking on David Ottaway’s book, “It is not a part of the avalanche of polemical writings that emerged after 9/11 or after Jamal Khashoggi's death. It is a serious effort to look at a society that is full of contradictions, as he points out, that's going through a transformation under an unusually complicated leadership. It's very timely and I think it's unique."

"There is a false impression that the United States has the ability to determine the succession in the kingdom, that we are the hidden hand that guides Saudi politics. This is not the case, it is even less the case as the United States retreats from the region. As we step back, Saudis and others are being forced to step forward and deal with problems, like the problem of Iran, in ways that they haven't had to while we fronted for them. This is why the Saudi relationship with Israel is changed."

(Speaking about the murder of Jamal Khashoggi) "I think the key issue is, to answer your question specifically, in the West, yes, memories will fade, new deals will be done, opportunities will present themselves. And over time, this issue will fade. It will not go away. I do not think it will ever go away, but it will fade in importance. And in the meantime, this man is leading a tremendous change in Saudi Arabia. He's curbed the religious vigilantes. He’s brought the reactionary elements of the Ulema, the Council of religious scholars, under control. He's opened theaters, he has instituted musical performances, dance performances, movies. He has continued and supported the empowerment of women. This began earlier, but it’s really now a strong trend and he’s quite popular with women for this reason. He’s addressed the fiscal deficit that the Saudis have always had, by instituting taxes, something unheard of in the kingdom. He has, I think, gained popularity by his assault on the ultra-wealthy—the shakedown of the Sheiks, as it is called. This is not unpopular. The Vision 2030 program that he has instituted is, in effect, a recasting by McKinsey and Company, of plans that have long been in the Ministry of Plans. I remember the Minister of Planning telling me all about what is now happening. The difference is...that it is happening. And finally, despite the bundling of the war in Yemen, Mohammed bin Salman has awoken a Saudi nationalism that we've never seen before."

On September 29, the Middle East Program hosted the launch of MEP Fellow David Ottaway’s new book, Mohammed bin Salman: The Icarus of Saudi Arabia? A former foreign correspondent for the Washington Post, Ottaway draws on more than a half-century of observation and reporting to shed light on the man who is poised to rule the country for decades to come. For him, MBS embodies the longstanding struggle in Saudi Arabia to see their leader achieve international prominence and Arab leadership on the global stage.

The complicated task of understanding MBS

Ottaway argues his task to understand Mohammed bin Salman was not easy. “This guy is complicated. He is full of hubris [and] big dreams. He is ruthless, impulsive. It is like pieces of a Rubik’s cube trying to put him together.” This makes predicting what kind of leader he will be even more daunting. Unlike other leaders in Saudi Arabia, MBS did not rise to power with experience in running government, and therefore lacks an inherent legitimacy. This leaves Saudis, and the international community, wondering what trajectory he will take the country.

In the eyes of Ambassador Chas Freeman, “He is a transformative figure, primarily in domestic policy. What MBS has done is fundamentally change the constitutional order in Saudi Arabia in the interest of pushing domestic reform.” This has earned him support amongst young Saudis, who comprise a majority of the Kingdom’s population, and the respect of technocrats in older generations.

While MBS enjoys a growing base of support domestically, his image abroad, particularly with the West, is far less favorable. Ottaway contends that the extent and depth of external opposition organizations who criticize the Saudi regime, and MBS in particular, is new. Although, external opposition to the Arab world is not historically successful in coming to power, Ottaway asks; “’Can it turn into a snowball effect where it begins to gather support inside Saudi Arabia?’ If you are not at home and part of the chessboard, it is a very unsettled question of how much difference it will make,” he argued.

Adding to this uncertainty are the consequences of Mohammed bin Salman’s grave mistakes in foreign policy. The brutal murder of Washington Post journalist Jamal Khashoggi fundamentally changed his reputation in the West. However, Ambassador Freeman put forth, “The death of Khashoggi is not a barrier to MBS’ dealings with China, India, or Russia… The ostracism he is suffering from the West is having the effect of pushing Saudi Arabia away and into the arms of these powers.” He believes over time, the issue of Khashoggi’s murder will lose importance, but in the meantime, MBS is strengthening his relations with insurgent powers.

A central question that Ottaway tackles in his book is why a country like KSA with such abundant resources and religious ‘capital’ or leadership in the Muslim world, cannot project power in the region, even with its closest allies in the GCC. He concluded the two main causes of this are, “They have never tried to build a serious military… [And] the other reason is how heavy-handed their diplomacy can be. This has resulted in alienating their allies in the GCC who do not want to give up their central authority to Saudi Arabia.” Whether Mohammed bin Salman has the capacity to correct these faults and lead the country to become a global powerhouse is yet to be seen. 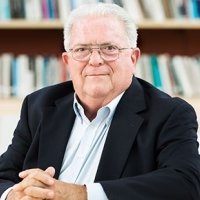 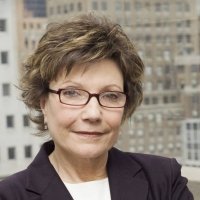