A presentation by former Wilson Center Pakistan Scholar Samia Altaf about her new book, a study of why international assistance to Pakistan has been so ineffective.

According to a new report by the Center for Global Development, Pakistan has received over $100 billion in international development assistance since 1960. The U.S. government has provided more than $10 billion in such aid since 1954, and in 2009 Congress passed new legislation authorizing $7.5 billion in economic assistance over the next five years. Yet despite all this aid, observes Samia Waheed Altaf, a former Wilson Center Pakistan Scholar (2007-08), Pakistan's social indicators have improved very little. Indeed, in some instances they have declined.

On June 14, the Asia Program, with assistance from the Wilson Center's Environmental Change and Security Program and Global Health Initiative, hosted the launch of Altaf's new book, So Much Aid, So Little Development: Stories from Pakistan. The book seeks to explain why international assistance to Pakistan has been so ineffective—and why, in Altaf's words, "the more we try to fix it, the more it crumbles."

So Much Aid, So Little Development uses as a case study the Social Action Program (SAP), a social-sector development program initiated in the early 1990s and implemented from 1993 to 2003. The program, overseen by the World Bank, sought to increase access to a range of social services, from primary education to health. In the early 1990s, Altaf served as a technical expert for Pakistan's health and population sectors. The book chronicles her struggle to work with Pakistani and international aid officials to develop the health aspects of the ill-fated SAP, which failed to achieve its targets and "is now considered largely a failure." She writes of otherwise apathetic civil servants fawning over visiting World Bank delegations, and of uninformed international contractors more interested in Pakistan's shopping bazaars than in getting aid delivery right.

To convey a sense of how aid projects fail to address Pakistan's ground realities, Altaf read a passage from her book that describes a meeting between Altaf, a nurse from a Canadian development agency working with Altaf on the SAP proposal, and the head of the Pakistan Nursing Council. What emerges from the meeting is that Pakistani nurses are in short supply; they often attempt to pass themselves off as doctors (with deadly results); trained nurses are encouraged to leave the country; and untrained nurses staff Pakistan's private hospitals. "What a strange and paradoxical situation," Altaf writes in the book. "Yet there is no discussion on the central issues that lead us to this place time and time again and are critical to the success or failure of any project. And new [projects] are developed all the time, because there is pressure from the international community to include more women, supposedly to meet the human resource shortage."

Altaf argued that one cannot improve aid delivery in Pakistan until its core problem is diagnosed. This underlying flaw, she asserted, is poor program design. Pakistan's aid nexus is dominated by four groups—international donors, international contractors who act on the donors' behalf, local contractors and nongovernment organizations who partner with their international counterparts, and the Pakistani government. These four entities work well together, given that they each share the same incentive: keeping the aid cycle moving, and ensuring that allocated funds are rapidly spent. Because of a lack of consequences, no one pays attention to how the money is spent or to what results are achieved, or not achieved. For example, even as the SAP repeatedly failed to attain its objectives, the program was extended—and the funds continued to flow.

Meanwhile, the aid nexus includes two other actors—the intended beneficiaries of the assistance, and donor country taxpayers. These two groups, unlike the other four, have a major incentive to ensure that international aid delivery is effective. However, each has little ability to effect change. The Pakistani masses are disenfranchised, with little influence in the aid process. Meanwhile, donor nation taxpayers depend on their countries' regulatory agencies to ensure effectiveness. However, such entities (such as the U.S. Government Accountability Office) generally focus on the use of funds, rather than on the effectiveness of aid programs.

How can program design be improved? Altaf recommended that the Pakistani government take more ownership of aid programs, with international funding disbursed only after "credible and realistic" plans have been prepared by Islamabad. She advocated end-of-project monitoring of aid projects to be supplemented by more constant oversight. She also insisted that the two marginalized set of actors in the aid nexus be better empowered. Independent third-party evaluations of aid projects should be undertaken on donor country taxpayers' behalf, while Pakistani civil society must be permitted to provide input. Altaf, who today helps manage a government assistance program for low-income residents in Washington, marveled at the many watchdogs and other oversight groups with whom she works, and contrasted this with the situation in Pakistan, where "the average citizen doesn't have a voice."

When pressed, Altaf admitted that international aid programs in Pakistan have brought benefits, such as job creation. Yet she stated that "development assistance is not charity." The most effective aid programs are those that equip recipient nations with the capacities to manage their own development—an outcome that remains deeply elusive in Pakistan today. 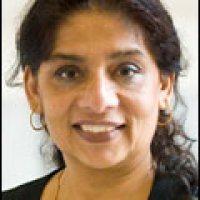