In this book talk, Susan Eisenhower will explain her personal insights about President Eisenhower and what can be learned from him today.

In How Ike Led, Susan Eisenhower explains how Dwight Eisenhower’s decision-making was informed by his heritage and upbringing, as well as his strong character and his personal discipline. But he also avoided making himself the center of things. His talent for envisioning the whole picture within in the context of a long-term strategy, and his ability to see causes and various consequences, explains his success as a military commander and political leader. In this book talk, Susan Eisenhower explained her personal insights about President Eisenhower and what can be learned from him today. The Wilson Center’s Global Fellow Walter Hudson joined the conversation as a discussant.

Susan Eisenhower
"I’m often asked why I wrote this book and why I wrote it now. It’s a good question because I was planning on actually engaging in a project related to foreign policy after the collapse of the Soviet Union, but I was convinced by one of my pals to write this book now because first of all, we had the 75th anniversary of the end of World War 2 this last summer, and then in September, the Eisenhower memorial was dedicated on the mall. I would also say that I couldn’t help myself, because we had a major national election underway, the presidential election of 2020, which will be one for the history books. It seemed to me that Dwight Eisenhower still, after all this time, had something to say to us… One reason I thought that this book would be a little bit different, though, is that in reading the history, the scholarship of the personal accounts, the words of his former associates, I thought that there was room for maybe handling a book on Dwight Eisenhower more thematically. One of the problems in the scholarship of a figure this large, because this is a long career, is that presidential historians are oriented towards his presidency. Military historians are oriented towards his role in World War 2, and sometimes, they don’t come together, and I think the point I really wanted to make in my book is that Eisenhower the general and Eisenhower the president was one and the same person."

"We are so fortunate that Eisenhower was a great diary keeper, and so we know about this six year struggle where first the Republicans came calling, then the Democrats came calling, and it goes back and forth like this over the course of six years depending on which party felt they needed some help in getting, in winning the presidency. I think that the scholarship that says he was just flirting with everybody and really wanted to be president really don’t understand him at all. I think he had grave doubts about whether or not a military man ought to be running for such a position."

Walter Hudson
"[Eisenhower] was part of a generation of army officers that I guess could be categorized as somewhat apolitical. He didn’t even vote, and I think I can recall, for many officers, it was actually against the law in some states to vote if you were in the military. So I think there was always speculation in the late 40s whether he was a Republican or a Democrat."

"At the end of Solarium, Ike stands up and he summarizes all of these complex findings from these three task forces and for something like 45 minutes, extemporaneously summarizes them in such a way that Kennan himself, who is no slouch, says he asserted his intellectual ascendency over every man in the room, which is no small praise coming from Kennan. But what’s interesting during his presidency, I don’t know if a lot of people saw that side of him." 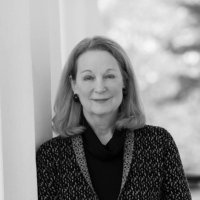