The Short Course on the History of the Communist Party of the Soviet Union (Bolsheviks) defined Stalinist ideology, both at home and throughout the communist world abroad. It was quite literally the USSR’s master narrative between 1938 and 1956—a definitive statement on history, politics, and Marxism-Leninism that scripted Soviet society for a generation. Professor David Brandenberger revealed for the first time the enormous role that Stalin played in the development of this all-important text and the unparalleled control that the dictator wielded over the Soviet historical imagination. 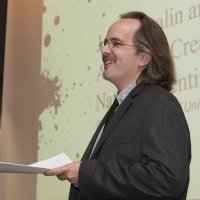 Professor of History and International Studies, University of Richmond