Massive street protests erupted in Chile in October 2019. They brought millions into the streets of Santiago in an outpouring of public dissatisfaction with the country’s high levels of inequality and to demand public education, pension, and other reforms.

As part of a series to explore recent protest movements in Latin America and their aftermath, the Wilson Center is pleased to host a discussion with Chilean Congressman Giorgio Jackson. Jackson was a well-known figure during the student-led protests of 2011 and served as the public face of a major student federation of public and private universities.

He is the founder of Democratic Revolution, a left-wing political party that grew out of the 2011 protests. Jackson was first elected to represent areas of Santiago in 2013; his party currently holds ten seats in the Chamber of Deputies and one seat in the Senate. Jackson was also instrumental in the formation of the Broad Front (Frente Amplio) coalition that supported the candidacy of Beatriz Sánchez in the 2017 presidential elections.

Please join us on Wednesday, February 12, from 12:30 – 2:00 p.m., to discuss developments in Chile since the late 2019 protests, including the upcoming referendum over a new constitution scheduled for April.

Light refreshments begin at 12:00 p.m. in the 5th Floor Conference Room, Woodrow Wilson Center. This conversation will take place in Spanish and English; simultaneous translation will not be available. 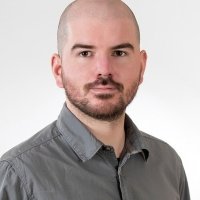