In the wake of ongoing disputes over the Senkaku/Diaoyu islands China has brushed aside calls from Japan to hold a leaders’ summit as “grandstanding,” while Japan’s finance minister is prompting Tokyo to make clear its intention to use the navy to defend the islands. What are China’s objectives and overall strategy in the East China Sea? To what extent will Chinese actions contribute to escalation and what are the prospects of conflict breaking out in the region?

In September 2012, the Chinese-Japanese sovereignty dispute over the Diaoyu/Senkaku islands in the East China Sea reignited when the Japanese government purchased three disputed islands from a private Japanese citizen who claimed to be their owner. Chinese government ships have since increased patrolling of what Japan claims to be its territorial waters around the Diaoyu/Senkakus, expanding China’s maritime law enforcement and military presence in the region. On September 24, 2013 Former Wilson Center Fellow, Dr. Liselotte Odgaard and Mr. Dennis J. Blasko, former United States Army Attaché to China led a discussion at the Wilson Center on China’s objectives and strategy in the East China Sea.

They argued that China’s strategy in the East China Sea is defined by peaceful coexistence, deterrence, and active defense. According toe Odgaard, Beijing’s main objective is to protect its sovereignty claims by establishing a credible law enforcement and military maritime presence in the area. It does not seek conflict and is not pressing for the immediate resolution of disputed territory. Instead, Beijing aims to expand its regional presence while stabilizing relations with neighboring states.

What is Peaceful Coexistence? Odgaard describes it has a strategy that seeks to avoid conflict by accommodating divergent Chinese, U.S., and Japanese interests. Blasko defined deterrence as the comprehensive employment of military, political, economic, and diplomatic means, preferably to achieve Beijing’s strategic objectives without fighting. Active defense is based on striking only after the enemy has struck first.

In the East China Sea, civilian and military means are used to maintain a presence in the area, thus challenging Japan’s claim to effective control over the Diaoyu/Senkaku islands. Ultimately, China aims to extract from Tokyo an acknowledgement of a sovereignty dispute and to establish a modus vivendi with the United States and Japan that accommodates both Beijing’s, Washington’s and Tokyo’s national interests through a de facto presence of both powers. However, Beijing’s signaling is complicated by nationalist rhetoric that undercuts its coexistence objective. 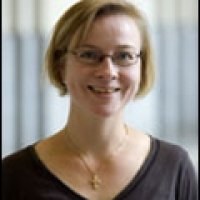 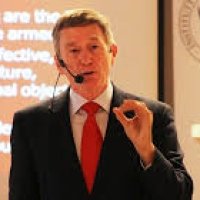