As world energy demand soars, nations and corporations around the globe are seeking new resources and techniques for expanding energy production. The Canada Institute and China Environment Forum will examine these issues and the future of the Chinese-North American energy relationship.

Canadian crude oil production will reach 4.7 million barrels per day by 2025, which includes a doubling of Canada’s oil sands output, said Jeff Kucharski, the assistant deputy minister for Alberta Energy. However, he also said that Canada is an “energy island,” with the United States as its only energy customer. This dependence on the American market creates significant risks for Canada, both politically and economically. President Obama’s decision on the Keystone XL pipeline gave the government of Canadian Prime Minister Stephen Harper the impetus to focus its attention toward Asia. This pivot is still in its early stages, however, as the $20 billion which has been invested by Chinese companies in Canadian energy projects is dwarfed by U.S. investment. In exchange for increased access to energy, Canada is looking to reduce tariffs and other trade barriers in the Chinese market.

Contrary to some assumptions in North America, Kucharski says that Chinese companies have been good corporate citizens in Canada. To ensure a mutually beneficial relationship, the Investment Canada Act (ICA) inspects any foreign takeover of a Canadian company to determine whether the transaction could be harmful to Canada’s national interest. The majority of foreign investments do not require ICA review, and no Chinese investment action has been refused to date. However, this could change as Chinese companies begin to take controlling shares in Canadian companies, instead of remaining content as junior partners.

While Chinese foreign energy investment is on the rise, the more notable story is China’s shift from a net importer of capital to a nation of massive capital outflows, said Adam Lysenko of the Rhodium Group. Energy investment—initially stalled in the wake of the aborted acquisition of Union Oil Company of California (UNOCAL) by China National Offshore Oil Corporation (CNOOC) in 2005—has increased exponentially with $18.3 billion in bids in 2011 alone. Learning lessons about American protectionism, Chinese firms have changed their strategies since the failed UNOCAL deal and now have made multiple smaller investments that will not attract unwanted political attention. In addition to raw materials, Chinese companies are looking to gain expertise in exploiting these resources for use at home. As for alternative energy, Chinese companies are starting to invest in North American production to get around tariffs. Currently, the Committee on Foreign Investment in the United States (CFIUS) process appears adequate, but the political environment is hurting investment unnecessarily. Lysenko added that many Chinese firms are starting new corporations in the emerging alternative energy industry to avoid CFIUS scrutiny. In order to keep Chinese investments growing, the United States has to find a way to separate national security from politics.

While Chinese investment has increased exponentially in the last four years, its total impact should not be exaggerated, said Bo Kong from Johns Hopkins School of Advanced International Studies. CNOOC’s difficulty in acquiring UNOCAL jaded many Chinese investors from investing in the United States, which significantly slowed the flow of investment in the North American energy industry. Chinese companies’ hesitancy to repeat the failure of the UNOCAL deal and American companies’ concerns about both political interference and intellectual property (IP) theft have tempered Chinese investment in North America. However, smaller and more diverse investments on the part of Chinese companies and more safeguards to protect U.S. IP should help accelerate investment in the future. All three Chinese state-owned oil companies are also listed on the New York Stock Exchange, which indicates a willingness to be more transparent. Getting more Chinese companies involved in research and development will lead to a greater respect for international IP laws. Historically, Japan and South Korea were not good stewards of intellectual property, but as both nations started to develop their own technology, they began to respect IP laws. Many feel that increased investment by Chinese firms in research and development will lead to a similar evolution. While China is a resource-hungry and growing country, the real benefit to North American investment is not the energy extracted but rather the techniques and knowledge gleaned from U.S. and Canadian companies, which will allow China’s companies to better extract resources at home.

China, while in need of energy, is not as desperate as many pundits think, said Wenran Jiang of the Canada-China Energy and Environment Forum. More often, global energy companies court Chinese financing to expand capacity. Canada is generally more receptive to Chinese investment than the United States. In Canada alone, Chinese firms have invested approximately $16 billion over the last three years. However, there are growing concerns within China about the return on investment into economies of NATO allies who could become geo-political foes in the future.

Jiang stated that Canada looks at Chinese investment from an entirely different perspective than the United States. Canada wants security of diversification in demand, while the United States and China want security of supply. While China has giant shale gas reserves, it will be some time before Chinese companies can efficiently extract them due to technical limitations and water scarcity. To compensate, the United States has eight projects for exporting liquefied natural gas (LNG) to China; Canada has three, but both countries lag behind Australia and Qatar. Unfortunately, fundamental misunderstandings of the global energy markets are widespread in the United States, leading to unnecessary confrontation and inefficiencies. Rather than treating Chinese energy investment as a zero-sum game, Americans should treat China as any other emerging market with a massive population. As China continues to grow, their investments in North American energy will increase, providing an engine for growth in both Canada and the United States. 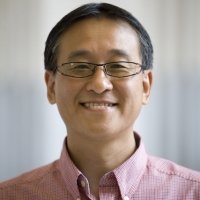