Skip to main content
Support
Explore More
Close
Article
Democracy
Sudan: The Last Domino Stood Up by the Arab Uprisings has Fallen
By Marina Ottaway on October 26, 2021
Share on FacebookShare on TwitterShare via Email
Share
Watch Now
Part of the Venezuela’s Crisis and Regional Impacts
Event

On May 30, 2012, the Latin American Program had an event on citizen security in Venezuela.

Venezuela has the highest homicide rate in South America, and represents the most dramatic deterioration of urban violence in South America.  According to the UN, Venezuela’s murder rate is exceeded only by that of Honduras and El Salvador, two countries ravaged by gang violence and organized crime.  Kidnappings for ransom have soared, and Caracas is now considered one of the most dangerous cities in the world.  In 2011, 93 percent of homicides in the Caracas metropolitan area were of young men and teenagers between the ages of 15 and 24.

While most countries and cities in South America have seen improvements in citizen security in recent years, Venezuela’s statistics have steadily worsened.  This negative trend has coincided with advances in combatting poverty and inequality in Venezuela.  This juxtaposition obliges us to rethink the link between poverty and violence, particularly youth violence.  Indeed, the sole beneficiaries of this violence, which affects all strata of society, appear to be private security firms, whose business is booming. 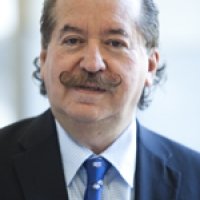