Climate Security After the COP: Next Steps for the United States

The Wilson Center and the Center for Climate and Security hosted a virtual event on the next steps in the Biden Administration’s “whole of government” approach to tackling climate security. The event featured senior U.S. government officials discussing the findings of the suite of climate security documents released in late October, and where the administration plans to go from here.

“Climate change is an increasingly destabilizing force—an accelerating destabilization force—and it’s impacting our operational environment, it’s creating new missions, and our allies and partners are going to be called to respond to these increased demands,” said Brigadier General Rebecca Sonkiss, Deputy Director for Counter Threats and International Cooperation at the Joint Staff J5, at a recent event hosted by the Wilson Center and the Center for Climate and Security. At the event, senior U.S. Government officials reflected on the significance of the Biden administration’s new climate security reports and how climate security is being prioritized and coordinated across defense and development, providing insight into the administration’s whole-of-government approach.

Adapting to a new operational environment for defense

“When climate hazards converge and compound there are likely going to be unprecedented challenges for governments, including the United States as well as our allies and partners, and we have to be ready to work with them in responding to these missions—which means we need to train and exercise together in advance of the need to respond,” said BG Sonkiss. Security cooperation front is a big space that we’re working in; it’s about building that resiliency in advance, she said.

Accelerating climate hazards will also affect the military’s readiness and “ability to project combat power.” As a result, “the climate lens is being integrated across all strategic and policy documents of the Department of Defense,” said Kim Crusey, Climate and Arctic Chief for the Office of the Undersecretary of Defense for Policy (OSD/P). Importantly, the Department of Defense will incorporate climate risks into top-level strategies like the National Defense Strategy and the National Military Strategy. “I think everything kicks off with the NDS,” said Crusey. “That is the North Star for how the department is going to be looking—prioritizing—and that then seeps down to other important planning and guidance documents.”

“Not only are we looking at our capabilities but we are part of a network—an alliance— that a lot of our competitors don’t have. So that increases our ability to look at resilience, and look at how we generate power,” said Crusey. OSD/P is working closely with functional desks and regional desks like East Asia and Africa, who are learning from their counterparts about the effects of climate change in their regions.

Given its diverse portfolio and presence on the ground in some of the most climate-vulnerable parts of the world, USAID is uniquely positioned to integrate climate security across various sectors, said Teresa McGhie, Deputy Assistant Administrator of USAID’s Bureau of Conflict Prevention and Stabilization (CPS). “We think of climate security as human security,” said McGhie. “With the localization, what we’re trying to do is lean in on building civil society and the voice of the people in a lot of the countries where we work—we want to empower those people.”

The National Security Council (NSC) is coordinating new inter-agency collaborations on climate-related strategies to “[create] new muscle memory” for climate security, said Jennifer DeCesaro, NSC Director for Climate Security and Resilience. For example, the recent report on climate change and migration came from an NSC-led collaboration between defense, diplomacy, development, and all the federal science agencies. Instead of creating another silo for climate change, the Biden administration is applying a “climate lens” to all interagency work, said DeCesaro. Even as non-climate focused strategies are developed, “climate is at the table” and will be “infused throughout” the process, said DeCesaro, citing the Interim National Security Strategic Guidance as an example.

Panelists shared a number of examples of interagency cooperation as essential to countering climate hazards. For example, USAID depends on the DoD for “cost-intensive climate analysis and forecasting,” and in turn places humanitarian and stabilization advisors in every combatant command, said McGhie. DeCesaro pointed to the Climate Security Working Group, which is being relaunched as a forum to strategically pursue new opportunities for collaboration between departments and agencies, including ones that have not traditionally been involved in climate security work. Crusey pointed to the Department of Defense’s collaboration with USAID on conflict-sensitive climate interventions. “If we are doing conflict-sensitive climate interventions,” said Crusey, “we need to be aware of where there are potential community fault lines. So what may be seen as an innocuous act regarding water scarcity could actually exacerbate already existing tensions—that’s a top-line thought I have as we work with our other policy offices that work closely with USAID.”

Recognizing supporting lines of effort and opportunities in climate response

Far from distracting the Department of Defense from its competition with China, tackling climate change is a “supporting line of effort,” said BG Sonkiss. “China is the pacing threat, it is the challenge, but I must be able to provide more fighting capability in whatever environment we’re in,” she said. “We have to respond to how industry is moving as well…if industry is shifting to different vehicles, we’re relying upon industry as we build our force as well in many ways so it doesn’t change the fact of our focus. It changes how we prepare.”

“Climate change is forcing the U.S. National Security Community to re-examine its assumptions about how the world works. No longer are past understandings of the climate a good predictor of the future,” said Erin Sikorsky, Director of the Center for Climate and Security, in her opening remarks. “But while climate insecurity poses real risk,” said Lauren Risi, Director of the Wilson Center’s Environmental Change and Security Program, “there is also a real opportunity to get the response right through U.S. leadership and partnership with the international community, civil society, NGOs and multilateral organizations.”

“While we look at climate change mostly as a threat it does actually provide an opportunity for us,” said McGhie. “We are in most of the countries that are at risk or most vulnerable to climate change…those governments and the people of those countries, they understand it as a risk already and some of them are already seeing the effects of it. Even in countries where we have a hard time finding common ground to actually work together on something, this is a hook that gives us that common ground…it really does help us to create a better bond with those countries and to work more closely with those governments.”

This summary was written by Joon Hwang, a research assistant with the Center for Climate and Security.

Climate and Arctic Chief, Office of the Undersecretary of Defense for Policy, U.S. Department of Defense 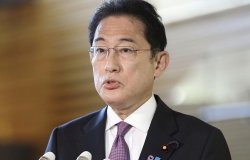 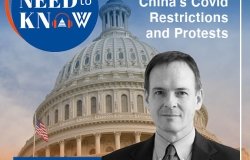