Population, health, and environment expert Irene Kitzantides discusses her time in Rwanda as a USAID Global Health Fellow. She emphasizes the importance of community-based approaches; the advantages of integrating cross-cutting activities at the outset; and the need for strong monitoring and evaluation systems to measure outcomes.

Kitzantides, a population, health, and environment advisor and global health fellow, said "the population is projected to reach over 14 million by 2025"--nearly one-third more than today, due to the country's high fertility rate of nearly 5.5 children per women–which could continue to negatively impact forests and food supplies.

However, a broader mandate to include health services emerged after recognition that greater income alone does not ensure greater quality of life. The additional health funding leverages SPREAD's already established relationships with farming cooperatives to bring health services to traditionally underserved rural communities.

"We really tried to build on the existing assets of the cooperative," said Kitzantides. "We also really tried to complement local and national public health policy and partners."

The integration of health with agricultural goals, and the use of already established in-country health programs, has made SPREAD extremely cost-effective, with HIV/AIDS prevention education costing less than $2 per person.

Examples of SPREAD's integrated work include:

Lessons learned--which will be examined in more detail in an upcoming issue of Focus--include the importance of using community-based approaches to overcome perceived social barriers; the advantages of integrating cross-cutting activities at the outset of a program; and the need for strong monitoring and evaluation systems to measure the effort's outcomes. 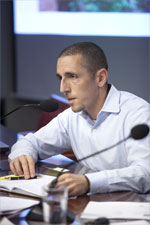 Jason Bremner of the Population Research Bureau said PHE projects such as SPREAD go "beyond what the health sector itself can do and find new ways of reaching underserved remote populations." He presented a soon-to-be-released PRB map plotting the location of more than 40 PHE projects in Africa.

The success of SPREAD and similar projects demonstrates the potential for PHE approaches to bring reproductive health and family planning services to rural areas, Bremner noted, but there is still much work to be done to scale up this integrated approach--and to document its successes.

Kitzantides said it took several years to integrate health activities with the already established agricultural programs. Since USAID funding for the program is scheduled to end in 2011, she is uncertain that the time remaining will be enough for SPREAD's health partners to develop the logistical and financial capacities to become self-sustaining. But SPREAD has changed attitudes and beliefs, two key objectives that do not require sustained funding.

"We used to talk about growing coffee, making money, buying material things like bikes--not about problems like malaria, HIV/AIDS, etc.," said one SPREAD agricultural business manager during the program's evaluation. "Someone could have 5 million Rwandan francs in the house but could suffer from malaria where medicine costs 500 Rwandan francs, due to ignorance. You have to teach people about production, you have to also think of their health to improve their lives."

Drafted by Dan Asin and edited by Meaghan Parker.

Article
Biodiversity
Amazon Biodiversity and its Impact on the World
By Brazil Institute on May 21, 2021 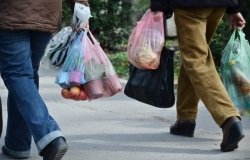 New Security Beat
Environment
Would You Like a Bag (Ban) with That?