Confrontation Controlled: Sino-American Relations and the Taiwan Strait Crisis in 1962

Confrontation Controlled: Sino-American Relations and the Taiwan Strait Crisis in 1962

The Taiwan Strait Crisis of 1962 is an important case demonstrating how the People’s Republic of China and the U.S. managed their relations before rapprochement in the early 1970s. Although there was no direct military conflict, the situation in 1962 was still extremely serious for both sides. At that time the PRC was suffering from difficulties both at home and abroad, while the U.S. was determined to avoid another Taiwan Strait Crisis of 1958. Both the PRC and the U.S. shared the same interest of not using force in the strait area, which brought the matter successfully under control. Moreover, the resolution of the Taiwan Strait Crisis in 1962 also initiated a period in which the PRC and the U.S. formed a silent consensus that they should prevent confrontation from evolving too much, thus leaving some flexibility in the bilateral relationship for the future.

Ming Chen is a Ph.D. candidate in a joint program administered by Peking University in China and Waseda University in Japan. Although his field of expertise is international relations, Chen is deeply interested in Cold War history and China’s foreign policy during the Cold War era. His doctoral dissertation examines the Sino-American Ambassadorial Talks at Warsaw and the relationship between the U.S. and the PRC prior to rapprochement in 1972. 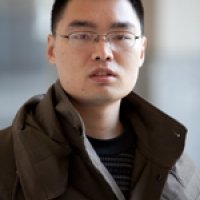