The Russian digital information space is becoming increasingly isolated as a result of the war in Ukraine, and Russian audiences are at risk of being cut off from reliable information altogether. The Duma passed a law criminalizing the distribution of “false information” about the Russian army. Roskomnadzor blocked access to both foreign and domestic media websites, and drove most sources of Russian independent journalism into exile. What will be the costs of Russia’s new age of digital censorship?

This discussion covered how this crackdown affects Russian journalists and private citizens, the political and social factors that enabled it, and the possibility of a truly sovereign Russian internet.

“By 2018 and Fall 2019, the Russians understood that probably the system they had and that they built was not good. And they identified several challenges they were faced with and that they needed to deal with to build something, which would be a bit more effective. So, first we understood that unlike in the time of the Cold War, the major threat of the Kremlin’s narrative, comes not from outside the country but from inside the country. Yes, we still have Radio Liberty and BBC but Navalny’s videos, well, they’re way more popular than anything produced by the ‘voices of the enemy,’ as we called that back in the Soviet Union. Also, the ordinary users—just the average people—they present a threat because if you have something happening… some big protest… or anything which could trigger some reaction from ordinary users, they could start sharing information about this event and this information might be immediately shared by millions of people.”

“When they got these understandings of the challenges they face, they came up with several solutions. The first one was a system of the Soviet Internet. This means, basically, that you build a system and then you distribute special equipment for free for all telecom companies across the country… and you build those special commander control centers in Moscow so that you can play with the traffic through all of the country. If something is happening, let’s say… something that happened with the republic in the North Caucuses, so huge protests over the conflict with the neighboring Chechnya, then you can switch up the traffic in this particular region or you can isolate this region from the rest of the country.”

“Over the past five weeks, actually since the first days of the Russian war with Ukraine, the Russian independent media market has been almost destroyed. Either websites of independent media were blocked, or they were forced to shut down due to the Kremlin’s demand to rely only on Russian official information about the war… And we saw that yesterday Roskomnadzor, a Russian censorship agency, shut down access to several independent regional media. So, as we anticipated before, as soon as Russian authorities put an end to federal independent media, they started searching the remnants of free speech in the original level.”

“My main point here will be that the process of destroying independent media in Russia and creating this… information for Russian society started long before the current war. The roots of this process can be traced back to as early as 2000, so the first year of Putin’s presidential term. On September 9, 2000, Putin approved the Information Security Doctrine of the Russian Federation, which set out the fundamental… development of state policy for ensuring information ‘security.’”

QUOTE 3: “The Kremlin wars are mainly focused on homogenizing views presented in the traditional media until 2012 and then later in 2012… the Kremlin recognized the growing influence of internet news portals and social media. So, since that time, Roscommodore started to compile a single register, single list of sites, containing banned information to be blocked. So, then the concept of foreign agents was introduced to the Russian law. So, I would argue that the basis for current media blockades has been created over the course of all of Putin’s years in power, and current media blockades and wartime censorship are just the final stage in the history of Russian regime transformation from electoral authoritarianism into dictatorship.”

“The Kremlin has stated and promoted this idea that the foreign or US-based social media is actually a tool for intervention in domestic affairs. And, at the same time, it’s a vulnerability for Russia’s security, so it could be weaponized against the country, it could be used against the country, and this focus on this vulnerability and this dependency was promoted in recent years… So, the Kremlin tried to eliminated these problems… and from one side they tried to build this so called sovereign internet and at the same time they really tried, or at least proclaimed, to get rid of this dependency on Western technology and U.S. technology.”

“When we see global companies who live in the country… such as Cisco, Oracle, or Microsoft, the Russian internet was built mostly on these technologies, and then Russian business and state people benefit from these technologies. And now, they have no other choice but to switch to Russian alternatives. From my talks with the Russian IT industry, and with experts on internet in Russia, people try to avoid this item substitution because Russia does not have the same level of technologies just to switch, to which could then be an alternative to Western technologies. People in companies, they have avoided this substitution and now they have no other choice. We simply don’t know to what extent this very hasty transfer to Russian IT—we’re talking about cloud solutions, telecommunication systems, database management—there are a lot of different software… If it comes to real protection or real domestic alternatives, Russia is not prepared. Now, it’s rather moving into a very difficult digital future, which is unclear how Russia’s economy is going to run its digitalization."

“The program of systematic reduction of internet freedom in Russia—and this creation of different instruments for controlling Kremlin media—was first developed, not yesterday, but a decade ago. It was developed in the Kremlin back in late 2012. It was one of the elements of a large program to destroy Russian civil society and take control of the most important civil institution and initiatives. And it was a part of response to the great rise of civil protest in the winter and spring, 2011-2012. It was a very important moment in modern Russian history, and it was a very important impression to Putin, where Putin was afraid to be destroyed as a Russian dictator.”

“This program included several large blocks of legislative decisions. The first one was the creation of a system of foreign agents and undesirable organizations. The status was to be assigned in large numbers of various NGOs, civil communities, initiatives, and projects. The idea was to eliminate the ability of Russian Civil Society, to develop independently and to seek funding from various sources—including outside of Russia. The famous Dima Yakovlev law was adopted at the very end of 2012 and it was the beginning of this policy and this law was adopted at a direct response to the Magnitsky act, passed by the United States Congress.” 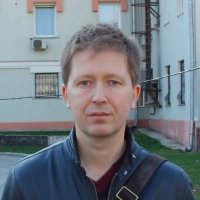 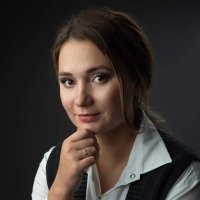 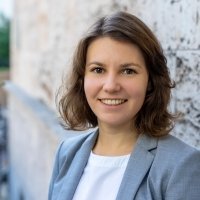 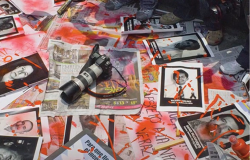 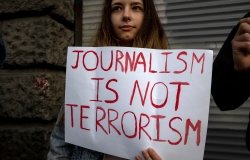 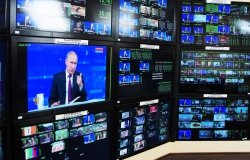 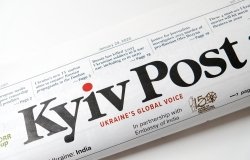