A Conversation with Chilean Minister of Foreign Affairs Roberto Ampuero

In his first visit to Washington as foreign minister of Chile, Roberto Ampuero discussed "Chile's Foreign Policy: Principles and Challenges in the Current Global and Regional Context."

A Conversation with Chilean Minister of Foreign Affairs Roberto Ampuero

In his first visit to Washington as Chile's foreign minister, Roberto Ampuero discussed "Chile's Foreign Policy: Principles and Challenges in the Current Global and Regional Context."

“Due to our experience during 1970 and 1990, to which I could add my own personal history living under left-wing and right-wing dictatorships, in Chile, we have an absolute commitment to democracy and democratic values. I would say that we, as a society, have learned the lesson and the dangers of polarization, intolerance, and no dialogue – civic dialogue.”

“In my opinion, the most dangerous threat to democracy in our region [is] populism – with a democratic face, but authoritarian in its essence, or, as Mario Vargas Llosa says, a disease, [against] which no country is vaccinated, that wears the mask of the right and the left, sacrificing the future for a transitory present.”

“We will not hesitate to state that the Venezuela crisis must be resolved democratically and peacefully, and the solution must come from the Venezuelans themselves, with the international community sharing the responsibility to cooperate in their solution… We Chileans do not forget that Venezuela was the home of thousands of our citizens following the coup d’état in 1973, and for that reason, today, we are home to more than 170,000 Venezuelans who have arrived in recent years.”

“The ideological chasm in Latin America has become an important hurdle that, in some cases, has not only hampered integration processes, but paralyzed it, as is the case of UNASUR. For this, for this reason, half of its 12 members, including Chile, decided to halt their participation and suspend their financial contributions, because UNASUR was simply not delivering its duties in any substantive way. In the case of Chile, we took such a decision based on our search for responsible management of both public resources and our support for efficient multilateralism.”

“Today, free trade is facing challenges and critics that we must deal with. The main criticisms come from countries that championed free trade, and it is based in that the benefits of open markets have primarily favored the elite. These negative trade complaints, whose escalation may lead to a trade war, is a concern for us as a country.” 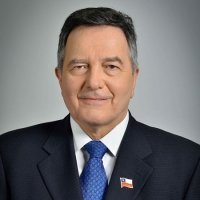