Skip to main content
Support
Explore More
Close
External link
U.S. Foreign Policy
Foreign Policy is Hot Again — And Here's What That Could Mean For Your Future
Share on FacebookShare on TwitterShare via Email
Share
Part of the The Iran Nuclear Deal: Commentary and Context
Event

President Trump's decision to withdraw from the Iran nuclear agreement will have far reaching implications for U.S. policy; the trans-Atlantic alliance; non-proliferation efforts; and even on regional stability -- particularly in the Israeli-Lebanese-Iranian-Syrian arena. Indeed, those implications may go far in defining the U.S. posture in the region for years to come. Join us as four veteran analysts and policy advisers on the Middle East assess the implications of the president’s decision, including on U.S. foreign policy in the region at large.

President Trump's decision to withdraw from the Iran nuclear agreement will have far reaching implications for U.S. policy; the trans-Atlantic alliance; non-proliferation efforts; and even on regional stability -- particularly in the Israeli-Lebanese-Iranian-Syrian arena. Indeed, those implications may go far in defining the U.S. posture in the region for years to come.

Four veteran analysts and policy advisers on the Middle East assessed the implications of the president’s decision, including on U.S. foreign policy in the region at large.

“The notion that some in the Obama administration had that this deal would be transformational not just transactional, as Rob Litwak points out it was, has failed. Transformation did not occur. Iran’s malign behavior is increasing and needs to be confronted.”

“I think there’s linkage, some may not, between what happened with the JCPOA and the deal the Trump administration is trying to strike with North Korea. There’s no doubt that Kim Jong Un is watching this carefully and possibly concluding that if we withdraw from deals we make, what might happen to the deal we might make with him?”

“I think we’ve lacked a strategy here, or in the Middle East, for a long time over several presidencies, not just this one. But I think that withdrawing from the JCPOA in the way that we have, imposing (if we do) secondary sanctions on our European friends, imposing (if we do) tariffs on steel and aluminum on our European friends, the recent decision announced by tweet by the president on sanctions against one Chinese company and so forth, risk causing a lot of people to see us as someone they don’t want to do business with.”

“I thought for some time that this flawed, but still highly functional, agreement might not endure in an administration that tended to see many of America’s foreign policy interests first through the lens of domestic politics. And the JCPOA, functional though it may be, was never popular (clearly) politically in either party. Nor, as I’ve argued, is the JCPOA a religious experience, or a major league baseball game, it cannot be saved.”

“Is it possible that this agreement can be in fact sustained without the active commitment and support of the United States? I have an open mind on this, we will see. But if it can’t be sustained, and if in fact it kind of goes the way of the dodo, what does it mean for U.S. policy? Our transatlantic relationships with our allies? Our relationship with the Russians and the Chinese? Our relationship, or our non-relationship, with Iran? And the whole question, which I know Tammy Wittes has focused on, on regional stability.”

“The goal here is to capitalize on Washington’s isolation. To make America, not Iran, the issue in international relations and the danger is that “America first” could morph into kind of “America alone.” And I’m not confident that this rift created by the American decision is going to be bridged or healed anytime soon.”

“Iran’s nuclear program, which can be traced back to the Shah’s era, so it's 40 years old, is determined and incremental but it’s not a crash program to get a nuclear weapon as fast as possible. If you’re looking at a crash program, look at North Korea last year.”

“I don’t see the riff created by this decision makes it any easier to bridge what everyone would acknowledge was the missing component in U.S. policy, which was the absence of a really coherent containment strategy toward Iran.”

“I think also the administration believes that it has struck upon a model as it were in its approach to North Korea, the so-called maximum pressure model, and I do think that that will be the model that the administration tries now to follow, generating maximum pressure against Iran, not with necessarily the goal of bringing down the regime but with a goal of a new diplomatic discussion, a new agreement and the President has spoken of this explicitly.”

“We’re not going to get UN Security Council resolutions as we got for example on North Korea as part of the maximum pressure campaign because certainly Russia and China at the very least won’t be on board. “

“I really see three kind of steps going forward, the first is really to heal that rift, to close that gap that we have with our closest allies because anything we might hope to do again against Iran will be much more effective if we’re coming at it from a unified point. “

“Sanctions alone are not going to contain Iran or roll back Iran in the Middle East.”

“We don’t want to undermine our allies’ security, we don’t want to undermine our allies’ economy. If you look at the states that are importing oil from Iran, it’s states like Turkey, South Korea, Japan, India (The second largest importer of oil from Iran) and that’s a state which is pivotal to our Indo-Pacific strategy that the administration has been talking a lot about lately.”

“This decision comes at a particularly unpropitious moment for the region and particularly for American partners in the region and it sends messages to them that, I think, are quite contrary to the messages that President Trump might have anticipated when he was contemplating making his choice.”

“What we have in the Middle East today is really an all-out competition between Iran and its proxies and allies on the one side and its adversaries who are primarily the Sunni Arab states, the Gulf, Egypt, and Israel on the other side; an all-out competition for influence, for the determination of the future balance-of-power and the future shape of the Middle East because the regional order was thrown up in the air in 2011 and it still hasn’t settled, that’s what they are fighting over right now. “

“There is an implicit connection always, I think, between arms control and other forms of behavior. Arms controllers like to deny that and I understand why because it’s nice to have a sort of conversation about technical aspects of things but politics has a way of intervening.”

“Arms control should be an aspect of Iran policy, not the totality of it, because that tends to undermine that agreement, if the regional behavior and other forms of behavior, do not improve in a substantial way. “

“JCPOA was a political agreement; it was an executive agreement; it had international support but it did not have a domestic legal standing. And so any agreement with Iran has to be presented as a treaty, because that actually involves negotiating with the Administration and the opposition, and therefore you have more sturdy legal foundation.” 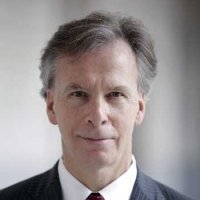 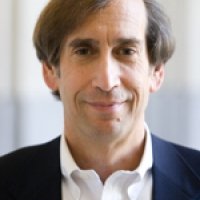 Blog post
Governance
A Question of Attainability: States of Grand Strategy in the United States and China - Event Recap
By Benjamin Pereboom on December 24, 2019