Domestic and International Impacts of Kleptocracy

In kleptocracies, corrupt politicians use their leverage to receive financial benefits or special favors. These states also create their own legal mechanisms to target political enemies and challenge the international legal infrastructure. Daniel Morgan Graduate School-Kennan Institute Fellow Edward Lemon, joined by Casey Michel and Jodi Vittori, examined kleptocracy in Central Asia, how it influences a state’s legal and financial mechanisms, and its impact on U.S. national security.

In kleptocracies, corrupt politicians use their leverage to receive financial benefits or special favors. These states also create their own legal mechanisms to target political enemies and challenge the international legal infrastructure. Daniel Morgan Graduate School-Kennan Institute Fellow Edward Lemon, joined by Casey Michel and Jodi Vittori, examined kleptocracy in Central Asia, how it influences a state’s legal and financial mechanisms, and its impact on U.S. national security.

This event is part of the DMGS-Kennan Distinguished Speaker Series.

“All of these incidents, all of which were violent – confrontations between the state and these former state officials – really should be understood through the politics of kleptocracy. The individuals were forced out of their lucrative positions in the state by rivals within that state, and because of the material benefits that being part of this state entailed, they reacted violently and this produced violence. So kleptocracy, in the context of weak states’ capacity, has the tendency to be inherently unstable.” “These struggles, as the case of the Talco litigation in London indicates, are increasingly taking place extraterritorially – in the off-shore areas, in foreign court rooms, in parliaments through lobbying processes, and through something that I’ve looked at in my research, transnational repression. Transnational repression refers to the sort of repressive acts taken by states to target their exiles – citizens living abroad – including things like assassinations and the abuse of Interpol.” “We are seeing the subversion of the global legal architecture in the interest of kleptocracy authoritarianism. China has routinely used Interpol to repatriate citizens as part of its ongoing anti-corruption that has been launched by Xi Jinping.”

“Delaware had cracked the code of anonymity and it had started bringing in tens and hundreds of millions of dollars. The last check was over $100 billion annually, as it pertains to forming anonymous shell companies. One of the reasons for that is because Delaware is at the very core of developing the type of privacy and security protocols and legislation that kleptocrats and crooks and criminals, and maybe some of the rest of us, are looking for when you set up a shell company.”

“What [Nevada] did, which I thought was very smart, was they tied all the revenue they make from [shell companies], which that last check was for about $100 million, although it’s probably more now, to teachers’ salaries – because who wants to argue against teachers’ salaries? So, it’s been very difficult pushback within the state. When people advocate for shell-company oversight and transparency, they say, ‘Well, you want our teachers to earn less money?’ Of course not. Maybe they can get it somewhere else though.”

“There might be a silver lining. We have seen the rhetoric on this begin to change. We had Treasury Secretary Mnuchin come out six months ago and say it’s time for oversight and transparency when it comes to shell companies. We saw the Delaware secretary of state… I mean, this is the gentleman that oversees company-formation in Delaware, say the same thing.”

“In the end, you’re going to need people with guns to maintain your position in that kleptocracy, and you’re going to have to keep them very happy, because they can be defending you as the kleptocrat, the family, and the regime or they can turn those guns on you and take it themselves, because that’s a very lucrative position to be in. So you’ll usually find the security sectors in these countries are incredibly well-incentivized to maintain loyalty, at least to the elites in the security sectors.” “What we have in these situations is we have very, very poor-quality and highly politicized leadership in the country based on who you know, or individuals who’ve invested in becoming officers and senior elites because it’s a business proposition. And if you’ve invested good money in a business proposition, it’s very bad business to actually fight.” “A part of [corruption as a policy tool], in particular when we look at the Ukraine case study, is the ability to undermine the security sector itself to be able to respond to the threats of that government, the criminality, and so forth, and hollow out many of the law enforcement and other institutions in the country. It’s becoming an increasing problem for the world, and, as we watch the Mueller investigation, what I think we’ll be seeing much more of in the United States.” 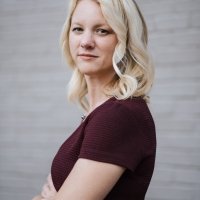