Elections and Political Unrest in Russia: Causes and Prospects

The biggest protest wave since collapse of the Soviet Union will be discussed with Oleg Kozlovsky, a Russian democratic activist and Director of Vision of Tomorrow Foundation.

In recent months Russia, previously seen as stable and even apathetic, has been rocked by mass protests against fraudulent elections and Vladimir Putin's rule. The biggest protest wave since collapse of the Soviet Union will be discussed with Oleg Kozlovsky, a Russian democratic activist and Director of Vision of Tomorrow Foundation.

Oleg Kozlovsky is a Russian democracy and human rights activist and the recipient of the 2010 Ion Ratiu Democracy Award. He is a co-founder and one of the leaders of Oborona youth movement that is regarded as one of the Vladimir Putin’s worst enemies. This organization, which features a clenched fist in its logo, uses non-violent resistance to oppose the authoritarianism in the country. Kozlovsky par­ticipated in the Jeans Revolution in Belarus in 2006 and has been organizing the Dissenters’ Marches, Russia’s biggest protest rallies. Kozlovsky’s activities didn’t remain unnoticed by the Kremlin; he got arrested and detained numerous times and even conscripted illegally into the army for the duration of 2008 presidential election campaign. During his latest detention he was recognized as a prisoner of con­science by Amnesty International. In 2008, he received the Human Rights Award from Human Rights First. Despite persistent pressure Kozlovsky received his M.A. in Political Science at Higher School of Economics in Moscow. His master thesis was dedicated to something he knows pretty well—campaigns of civil disobedience and peaceful revolutions in Eastern Europe. Kozlovsky’s pieces were published by Russian and international media like The Washington Post, RobertAmsterdam.com and Ezhednevny Journal. He also runs his English-language blog at http://olegkozlovsky.wordpress.com.

Eliot Sorel, M.D., D.L.F.A.P.A., is an internationally recognized medical leader, educator, health systems policy expert and practicing physician. He is co-chairman of the non-communicable diseases (NCDs) and integrated care task force of the World Psychiatric Association and co-chairman of the scientific committee of the WPA 2013 Bucharest Congress on integrating primary care, mental health and public health for Eurasia and Southeast Europe to take place in April 2013. He has professorial appointments in the School of Public Health as well as the School of Medicine at George Washington University. Dr. Sorel is the Founder of the Conflict Management & Conflict Resolution Section of the World Psychiatric Association and of the World Youth Democracy Forum at the Elliott School of International Affairs of the George Washington University. He is the Senior Adviser to the Ion Ratiu Democracy Award at the Woodrow Wilson International Center for Scholars. Dr. Sorel is a Life Member of the American Medical Association and is a former President of the Medical Society of the District of Columbia, the World Association for Social Psychiatry, the Washington Psychiatric Society and has served as a United States National Institutes of Health/Fogarty International Center grants reviewer. He did his psychiatric training at Yale University, obtained his B.A. from New York University, and M.D. from the State University of New York. He has developed and led health systems and has consulted and taught in more than twenty countries. Dr. Sorel is the author of more than sixty scientific papers and book chapters and the editor of six books. His most recent publication was a scientific paper, The Integration of Psychiatry & Primary Care that was featured in the International Review of Psychiatry, in February 2011. In June 2008, Dr. Sorel participated as PAHO/WHO advisor, in the WHO Europe Health & Finance Ministers’ meeting on Health Systems, Health & Wealth in Tallinn, Estonia, that ratified the Tallinn Charter.  In October 2009, Dr. Sorel was awarded the Doctor Honoris Causa by Carol Davila Medical University in Bucharest, Romania and in 2004, the President of Romania awarded Dr. Sorel the Star of Romania Order of Commander. 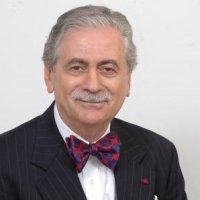