Ending World Hunger: What Can the U.S. Do?

The World Health Organization estimates that one-third of the world is well- fed, one-third is under-fed, and one-third is starving. The USDA coordinator of the Obama Administration’s food security initiative and a leading expert on Africa discussed the factors that contribute to the global food crisis and how the U.S. and the world can address the key issues. A key congressional staff member provided an update on food security legislation.

Ending World Hunger: What Can the U.S. Do?

Food security and agricultural development are humanitarian concerns, but are also increasingly important issues for global economic and political security. Over 1 billion people in the world are hungry or malnourished, and that number is likely to rise over the next few decades due to pressures such as population growth and climate change. The worldwide food crisis of 2008, which sparked riots and protests across the globe, caused many in the U.S. to recognize global food security and ending world hunger as a vital national interest. The Wilson Center on the Hill hosted a panel of policy experts for a discussion on food security issues and new initiatives in the Congress and administration. The panelists also discussed concerns such as donor coordination, accountability, and the involvement of developing countries in the aid process. The discussion was moderated by John Sewell, a Senior Scholar at the Woodrow Wilson Center.

Ann Tutwiler, Coordinator of the Feed the Future Initiative at the U.S. Department of Agriculture, explained how the 2008 food crisis and rising global demand led the Obama administration to reevaluate the United States' approach to food security issues and agricultural development. Although Tutwiler noted negative trends such as rising prices,

flattening yield and the lack of new arable land, she also highlighted that the administration sees agricultural growth and development as an opportunity to raise incomes, productivity and economic stability in the developing world. "Agriculture led growth is the most effective way to increase the incomes of the poorest of the poor," she said, noting that even a 1 percent increase in economic growth in agriculture can increase the incomes of the rural poor by 6 percent and generate three times as much growth in the economy as a whole.

Tutwiler said the administration recognized that the declining and insufficient investment in agricultural development in the last twenty years needs to be reversed. Past approaches such as donor-driven assistance and project-based investment have not worked, and coordination remains a challenge, even among different agencies within the U.S. government. Also, the limited monitoring and evaluation of aid programs complicates the government's ability to figure out which programs are successful. To address these problems, Feed the Future, the Obama administration's new food security initiative, is a "comprehensive, coordinated approach with a robust monitoring and evaluation system" that focuses on country buy-in and systemic, regional change, Tutwiler said.

parallel with the administration's program. According to Branegan, the Food Security Act includes the appointment of a Global Food Security Coordinator with the authority to develop a coordinated inter-agency strategy. The Act also designates USAID as the lead agency in implementing U.S. policy and increases funding substantially over five years. He also highlighted one aspect of the Senate bill that differs from the administration's program: the Higher Education Collaboration for Technology, Agriculture, Research, and Extension (HECTARE) which would be modeled after the U.S.'s land-grant program. Overall, Branegan said, "we have to rebuild the development infrastructure for agriculture that has been allowed to wither away over the years."

Branegan addressed several concerns that have been raised over the Lugar-Casey bill. First was the misperception that it mandates that developing country research include genetically modified organisms (GMOs), which he said is not true. The second concern is that it would change current U.S. policy regarding the purchase of U.S. versus local crops. Branegan said these provisions would only apply to the new Emergency Food Assistance Fund and not U.S. policy as a whole. Despite these concerns, Branegan noted broad bipartisan support for the Lugar-Casey bill and the existence of a similar bill in the House sponsored by Rep. Betty McCollum. Bipartisan support is important because "we can't have just a one-shot short term program; this needs to be sustained," Branegan said. "If we can get the administration and Congress fully behind this program it could become an important element of U.S. foreign policy."

Julie Howard, the Executive Director of the Partnership to Cut Poverty and Hunger in Africa, praised the "incredible progress and leadership" in both Congress and the administration on food security issues. However, Howard stressed the importance of demand

driven, African-led growth and called on the U.S. government to establish accountability in the process and shift the locus of decision-making for foreign assistance from Washington to developing countries themselves.

Howard also shared several policy recommendations from the Partnership's second annual conference. These included full support for food security and aid programs on the appropriations side. Howard pointed out that even with the administration's proposed increases in funding, aid for agriculture still makes up a "tiny portion of the foreign assistance pie." In 2010 aid for agriculture programs in Africa was less than 2% of global U.S. official development assistance, and less than 10% of aid for Africa administered by USAID and State Department. By contrast, health programs made up 67% of aid to Africa.

Howard also recommended establishing clear operational leadership to better coordinate U.S. efforts and build on the current momentum and putting "monitoring, analysis, evaluation and learning" at the core of the food security initiative to enable U.S. organizations to understand results of their programs and better design future programs. Next, Howard described private investment and capacity building as key elements of all U.S. food security programs. She highlighted the importance of focusing on regional capacity and economy rather than just bilateral programs, noting that "Africa is not going anywhere if we continue to work only at the country level." Lastly, Howard pointed out that past efforts have lacked effective communication about agriculture and food security programs in order to convince both the U.S. and African communities of their importance. 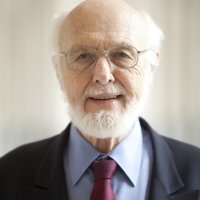 Executive Director, Partnership to Cut Poverty and Hunger in Africa