Entrepreneurship and Innovation in Mexico

The Woodrow Wilson Center's Mexico Institute hosted Enrique Jacob Rocha, the first director of Mexico's new National Entrepreneurship Institute (INADEM), to discuss the state of innovation and entrepreneurship in Mexico as well as the activities being undertaken by the government to foment them. His presentation was followed by commentary from Alberto Saracho, Executive Director of Fundación Idea.

While energy and other major legislative reforms have received much attention, Mexico has also undertaken considerable steps to facilitate entrepreneurship and innovation. In 2013, the Mexican government created the National Entrepreneurship Institute (INADEM) to support entrepreneurs and small and medium sized businesses, helping to develop their capacity to innovate, be competitive, and reach markets throughout Mexico and the world. Enrique Jacob Rocha, the first director of the new Institute, described the state of innovation and entrepreneurship in Mexico as well as the activities being undertaken by the government to foment them. His presentation was followed by commentary from Alberto Saracho, executive director of the Mexican think tank Fundación Idea and a distinguished researcher on issues of innovation and the promotion of small and medium sized businesses, and Giulliano Lopresti, President of the Mexican National Observatory for Entrepreneurship.

As Mexico moves from the efficiency stage to the innovation stage, it is fundamental to concentrate efforts on improving innovation and entrepreneurship. An essential way to achieve this improvement is by supporting small and medium business.

Christopher Wilson, the Senior Associate of the Mexico Institute, presented two reasons why it is important to analyze innovation and entrepreneurship in Mexico. The first reason is that Mexico has been able to move up on the value chain, moving from goods such as shirts and pants to producing more manufactured goods such as cars and airplanes. The second reason is in addition to producing these goods Mexico needs to invent them and market them.

Enrique Jacob Rocha, President of the National Institute of the Entrepreneur, presented information about the federal government’s response to the many challenges that small and medium businesses face. He spoke about the benefits and challenges of the reforms in Mexico surrounding innovation and addressed the importance of focusing on small businesses, as 95 percent of these companies have low economic growth.  In terms of energy costs, Jacob Rocha illustrated that the newly approved reform will maintain low prices and will provide support as well as access to more sustainable energy sources, reducing the overall costs for small businesses and diversifying their sources of energy. Another challenge is the infrastructure for efficient telecommunications. Jacob Rocha mentioned that one of the goals of the telecommunications reform is to implement a better infrastructure in Mexico and to reduce the internal long distance fees. The Mexican government has also announced its support of the financial sector to implement better access to credits that will support small and medium businesses.

Alberto Saracho, President of Fundación Idea, complemented the discussion by illustrating that the majority of companies fail to succeed and, therefore, it is important that the entrepreneurial ecosystem has certain characteristics focused on these particular businesses. These characteristics are: failure friendly, market oriented, with long term goals and politically challenging. He also added that in Mexico it is difficult to open up a small business due to constrains in both the private and public sector. For the former, he illustrated the example of the long term payments arranged by large companies which leaves smaller businesses with insufficient income during large periods. For the public sector, Saracho mentioned constraints such as high tax rates and corruption.

Giulliano Lopresti, President Mexican National Observatory for Entrepreneurship, argued that the small and medium businesses are agents that respond to government actions with the goal of increasing their returns to investment. Therefore, it is crucial to implement actions that will deliver information to all businesses and that will efficiently distribute government support to all types of entrepreneurs. 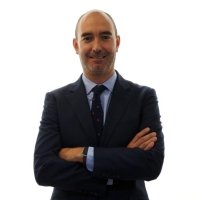