FAPESP-U.S. Collaborative Research on the Amazon

The São Paulo Research Foundation (FAPESP) and the United States Department of Energy Office of Science, in partnership with the Wilson Center's Brazil Institute, held an all-day symposium on collaborative research projects led by scientists in the state of São Paulo, Brazil and in the U.S., targeting the discovery of new science about the Amazon.

FAPESP-U.S. Collaborative Research on the Amazon

WASHINGTON, DC SYMPOSIUM HIGHLIGHTS THE IMPORTANCE OF RESEARCH ON THE AMAZON

“We need the best scientists to understand the changes taking place in tropical forests and the effects of these changes on the planet, said Ernest Moniz, United States Secretary of Energy

By Heitor Shimizu, in Washington, DC

Agência FAPESP —Researchers from the United States and the state of São Paulo met at the FAPESP symposium in Washington, DC on Tuesday (10/28/14) to present the findings of their studies on the Amazon in a variety of fields.

The meeting, “FAPESP-U.S. Collaborative Research on the Amazon” was organized in partnership with the U.S. Department of Energy and the Brazil Institute of the Wilson Center. Held in the auditorium of the Brazil Institute, the meeting was attended by an audience of 120, consisting mainly of biodiversity conservation experts and journalists.

Among the research studies presented were projects that are part of the scientific initiative know as Green Ocean Amazon (GOAmazon), a DOE program conducted in partnership with FAPESP and the Amazonas Research Foundation (FAPEAM).

Aimed at determining how the process of urbanization of tropical regions affects local ecosystems and global climate, the GOAmazon initiative brings together researchers from both countries to collect and analyze environmental data in the Manaus area, in both the metropolitan region as well as the forest, which serves as a giant open-air laboratory.

Those attending the symposium were welcomed by Wilson Center President, Jane Harman, who indicated that the meeting was the result of “a long-standing friendship between the Brazil Institute and FAPESP.” Harman then mentioned the excellent relations maintained between the two countries in science and technology.

“The partnership between the United States and Brazil is driving research in nearly all areas, such as energy, nutrition, human security, and how to grow our economies while protecting the only environment we have. These subjects are at the core of North and South American prosperity. Environmental security means national security, and both the United States and Brazil have very encouraging data in this regard,” said Harman, who served nine terms as U.S. Representative to Congress from the state of California.

Harman then passed the microphone to FAPESP President Celso Lafer who thanked the Brazil Institute, under the direction of Brazilian Paulo Sotero, its partner in organizing FAPESP Week symposia in the United States, the next of which is scheduled for November 17-20, 2014 in California (www.fapesp.br/week2014/california).

“Today we are celebrating something we consider to be very special, and those are the findings of FAPESP-funded studies on the Amazon,” Lafer said. “The studies to be discussed stem from our support, together with the DOE and FAPEAM, in a very interesting partnership that allows us to integrate our common interests and efforts in the areas involved.”

“There is both diplomacy for science and science for diplomacy, and some of the efforts we are putting forth relate to the former. Researchers from Brazil and the United States share common values linked to the merits of scientific investigation. In a world full of tensions, this is something that makes this kind of effort an exercise in building knowledge and cooperation,” he said.

The Keynote Speech was given by Dr. Ernest Moniz, the U.S. Secretary of Energy.

“The Amazon region is one of the world’s most vital ecosystems, and it is globally important in many ways, one of which is climate change, which is today one of the world’s greatest challenges. Part of the background, in this context, is that Brazil and the United States, the two largest continents and economies in the Americas, have forged different paths towards reducing carbon dioxide emissions. In Brazil, efforts have focused on managing the challenges of the Amazon region, while in the U.S., they have been on the development of energy supply and demand, such as replacing coal with natural gas, and on measures that seek energy efficiency, such as more efficient vehicles,” he said.

“We find ourselves at a critical point and we need to make important decisions in addressing the challenge of global climate change. We cannot merely stand by. We need the best minds and the best scientists to understand the changes that are taking place in the tropical forests, and the global effects that climate change today and in the future will have on these ecosystems, and how best to preserve them,” Moniz said.

“We hope collaboration on GOAmazon represents an important contribution to the ongoing and vibrant partnerships that are advancing both our agendas and our global challenges,” he said.

Carlos Henrique de Brito Cruz talked about science and technology in the state of São Paulo and the role of FAPESP. He highlighted the Foundation’s initiatives in bringing researchers from institutions in São Paulo together with researchers from centers in other countries, particularly through cooperation agreements and calls for proposals on collaborative research projects.

“We have a growing portfolio of research on the Amazon. It is a very important subject for us, given the region’s importance to Brazil and to the world. It is also relevant in that it is tied to two of FAPESP’s major programs, which are BIOTA FAPESP Research Program on Biodiversity Characterization, Conservation, Restoration and Sustainable Use ] and the FAPESP Research Program on Global Climate Change,” he said.

“We approve about one research grant and two to three fellowships a week for research on the Amazon, in the most varied of fields. Proposals may address biodiversity in the Amazon, the types of microorganisms found in the region, or 19th century literature about the region, for example. They cover a broad range and we often find surprising connections among the topics studied,” said Brito Cruz.

After Brito Cruz spoke, directors from FAPESP and the Smithsonian Institution signed a research cooperation agreement under which the two organizations will support joint research projects, researcher exchanges, seminars and scientific events.

The São Paulo Research Foundation (FAPESP) and the United States Department of Energy Office of Science, in partnership with the Wilson Center's Brazil Institute, held an all-day symposium on collaborative research projects led by scientists in the state of São Paulo, Brazil and in the U.S., targeting the discovery of new science about the Amazon.

The presentations included the projects that are part of the Green Ocean Amazon (GOAmazon,) research initiative, as well as other FAPESP partnerships jointly conducted by Brazilian and American scientists. The topics covered include effects of smoke from forest fires, land use, and new infrastructure projects on rain patterns, the hydrological equilibrium, and the biodiversity of the Amazon region, as well as other social and environmental impacts.

Related Content
FAPESP will further discuss Green Ocean Amazon (GOAmazon), a scientific campaign discussed further in a recent FAPESP article. The article features Paulo Artaxo, who explains the impact of air pollution on rainfall in the Amazon biosphere and the atmosphere, and discusses the six approved projects to combat these issues. Another factor affecting the Amazon and rain patterns is the numerous fires that occur annually during the dry season, explained in Science Magazine's recent article. This article describes the various cloud and precipitation regimes and the campaigns dedicated to studying these conceptual models and their impact. Other mentions include FAPESP's exploration of the importance of the symposium with a summary of the talks (article in Portuguese) and FAPESP's overview of the event. 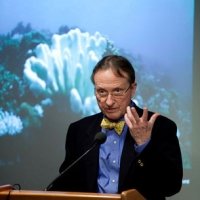