Farewell Kabul: From Afghanistan to a More Dangerous World

Nearly 30 years ago, Christina Lamb left Britain to become a journalist in Pakistan. From there, she entered Afghanistan as mujahideen fighters were battling the Russians.

Farewell Kabul: From Afghanistan to a More Dangerous World

Nearly 30 years ago, Christina Lamb left Britain to become a journalist in Pakistan. From there, she entered Afghanistan as mujahideen fighters were battling the Russians. In 2001, U.S.-led forces entered Afghanistan.  Farewell Kabul tells how the West, in Lamb’s view, turned success into defeat—and how a mission that had once been seen as the right thing to do became a conflict that everyone wanted to exit. The book also grapples with a puzzling question: How did NATO, with 48 countries and 140,000 troops on the ground, fail to defeat a group of religious students and farmers? Since 2001, according to Lamb, the West has fought a war with its hands tied, committed too little too late, failed to understand local dynamics, and turned a blind eye as the Taliban enemy has been helped by Pakistan. In Afghanistan, Lamb has travelled from the caves of Tora Bora in the south to mountainous Kunar province in the east, and from Herat in the west to the impoverished province of Samangan in the north. Farewell Kabul illustrates the human cost of political failure but also argues that the short-sighted encouragement of jihadis to fight the Russians, followed by prosecution of ill-thought-out wars, has resulted in the spread of terrorism throughout the Islamic world. 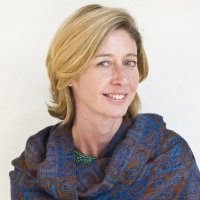