Food System Transformation Reduce Greenhouse Gas Emissions in China and Beyond: A Green Tea Chat with Global Alliance for the Future of Food’s Patty Fong

The latest Intergovernmental Panel on Climate Change report was grim, warning that without more aggressive near-term climate action, nearly half to two-thirds of the global population could face “life-threatening climatic conditions” by 2100. Most governments have focused their Paris climate commitment on reducing emissions from power and transport sectors, but the IPPC report stressed they need to do more. A recent analysis by the Global Alliance for the Future of Food (GA) reveals that most countries are  overlooking a  huge source of potential emissions savings: food systems transformation. Food production, processing, distribution, consumption and waste accounts for nearly a third of global greenhouse gas emissions.

At this Green Tea Chat, Patty Fong, program director on Climate and Health & Wellbeing at GA, will discuss the multiple ways  China and other countries can reform food and agricultural systems and potentially reduce global emissions by more than 20 percent. To catalyze this change  countries should include food and land use into their climate plans (Nationally Determined Contributions) submitted as part of the UN climate agreement.

The latest IPCC report estimates that approximately one-third or even up to 42 percent of global greenhouse emissions are associated with the food system. A conservative estimate shows that changing the way we produce and consume food could reduce global greenhouse emissions by at least 10.3 billion tons a year, which is slightly more than the emissions from global transport and residential energy use in 2019. Thus, unless we address food systems, especially industrialized food systems, we will not be able to keep global warming below 1.5 degree. We need to transform the way we produce, process, distribute, consume, and dispose of food.

The Global Alliance’s new report assessed the National Determined Commitments (NDCs) of 14 countries and found that Colombia, Senegal, and Kenya had some of the more ambitious measures to promote agroecology and regenerative agriculture. Germany was the only country committed to moving away from harmful subsidies that promote industrial agriculture. In China we found that the government adopted an anti-food waste law in April of 2021 that was accompanied by a nationwide clean your plate campaign, but this policy was not linked with its climate action. This demonstrates that there is a need for a greater food and climate policy coordination and coherence.

Regenerative agriculture and agroecology are in essence mimicking nature and how animals and plants work in an ecosystem. By looking at the farm as a system, these farming techniques enable farmers to reduce reliance on chemical fertilizers and pesticides, and hence buildup the soil fertility. This improves production, food security and improves soil’s ability to act as a carbon sink, transforming the food system can act as both climate mitigation and adaptation strategies.

There is also a growing greenhouse gas emissions from imported agricultural commodities that are driving deforestation around the world, marking a loss in vital carbon sinks. China is the largest importer of soybeans to feed a surging demand for animal feed. And for the European Union, its high consumption of soy, palm oil, and beef means EU is responsible for 16% of deforestation and 116 million tons of CO2. And none of the NDC considers the emission from imports.

Learn more about Food System Transformation from the Global Alliance for the Future of Food in their2022 report: UNTAPPED OPPORTUNITIES FOR CLIMATE ACTION 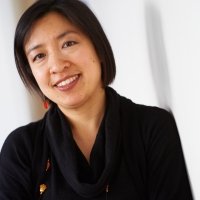 program director on Climate and Health & Wellbeing at FOF