The Future of Africa-UK Relations Post-Brexit

The United Kingdom has left the European Union as part of a momentous effort to redefine the UK's role in the world - with tremendous consequences for its global partners, including many of the countries in Africa. How do African countries view their relationship with the UK? What will be the future of Africa-UK relations after Brexit?

Outlining plans for foreign policy and security in its annual Integrated Review, the United Kingdom has explicitly referenced strengthening its bilateral relations with key African countries, such as Nigeria. How will the UK and its African partners together address shared challenges ranging from peace and security, immigration, and the ongoing global health crisis and vaccine rollouts?

“Post-Brexit—and this is my second point—I argue that the constituencies—the coalitions within the United Kingdom—that pushed for Brexit are precisely the constituencies that do not have a stake in Africa relations or in the rejuvenation of Africa-UK relations.”

“Africa is a very crowded area now, there are so many actors who are converging around Africa, and my skepticism of the UK beginning to reconstitute the commonwealth as an avenue of competition with these other powers stems from the fact that you have the Europeans, you have the Chinese, you have the U.S., this crowdedness therefore complicates the reconstitution of our commonwealth that is going to function with the same purpose as it was from the beginning.”

“Increased focus on trade with particularly the big African players. So, the idea that the UK having left the European Union would be able to lean more imaginatively—more creatively—into bilateral trade relationships, particularly with Kenya, Nigeria, South Africa, the big economies.”

“The third area is the Integrated Review […] when it comes to Africa—I don’t know what to say really—there’s mention made of bilateral relationships and there are sort of a handful of African countries that are mentioned. There’s much quoted Nigeria, Kenya, Ghana, Ethiopia, and South Africa, but there’s very little follow through […] In fact if you look at the way that the trade deals with some of these countries and some of the economic blocs in Africa have been negotiated, actually they’re pretty much reproductions—or slightly less good reproductions—of the old EU-based arrangements.”

“Africa, in association with all of this discussion about the legacies of colonialism and the race relations which it has produced in this country, has become I think more obviously political in Britain, and I wonder if it’s possible that this might help to enrich or to fill out the kind of image of Africa as a flat moral cause and have the potential to actually change the British myopic view of Africa.”

“There is also a lack of comprehensive assessment on security and military training provided, so there are no regulatory bodies that the U.K. reports back to.”

“Indirectly, the UK is helping to support the erosion of some states and extension of grievances which are embedded in protracted conflicts, but also enables groups to flourish and capitalize on existing community grievances and weak governance structures.”

“There needs to be more of a shift towards supporting institutional knowledge and knowledge hubs that retain expertise but also awareness of, for example I would argue, the rule of law, criminal justice, but also resolving existing and ongoing conflicts.” 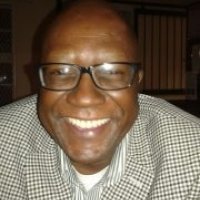 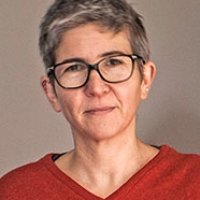 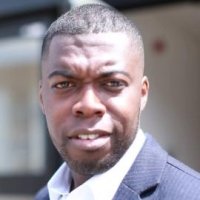