The Future of Syria: ISIS, the Iranians, and the Displaced Millions

In early February, President Biden announced that ISIS leader Abu Ibrahim al-Hashemi al-Qurayshi was killed in a U.S. special forces raid in Syria. Qurayshi’s death is a critical flashpoint in the resurgence of ISIS and al-Qaeda in the Middle East, particularly in Syria where the political stalemate and unrelenting violence have generated, beyond incalculable internal suffering, regional threats from chemical weapons to Iranian missiles and extremist groups.

This expert discussion explored how U.S. and international goals in Syria, from eliminating the Islamic State and removing Iran’s strategic weapons to implementing the UN approach to the larger Syrian internal conflict, can best be achieved.

“Half the population, 12 million people, are either refugees or internally displaced persons, and many of the people in the areas that Assad still controls are suffering greatly. The other pressing problem is the continued resilience of ISIS pushed out of the cities, pushed away from having a state and an army, but still capable, as we saw in the recent attempted prison break in the Northeast, of launching significant sophisticated attacks.”

“During that speech (the Manama Dialogue), Secretary Austin also noted that ISIS remains a threat. Though that terrorist organization no longer holds territory in Iraq and Syria, it remains intent on reconstituting and continues to direct and inspire attacks on the region and beyond the region. He reaffirmed US commitment to retaining our forces in Iraq and Syria in an assistance capacity to support partner forces in their fight against ISIS. This, of course, is what the United States does best. We support the development of combat credible forces, we build international coalitions to address shared threats, and we deliver results based on the backbone of military support and contribution of forces and capabilities.”

“We as a Department (the Department of Defense) are leaning into multilateral security cooperation to effectively deter against Iran and Iran-backed threats, violent extremist organizations like ISIS and Al-Qaeda, and other transboundary threats… We support the State Department in implementing proactive diplomacy to reduce tensions and deescalate ongoing conflicts. We will continue to do this through defense diplomacy; steps to enhance information sharing; actions to develop shared air and missile defense; security cooperation and security assistance; and coalition maintenance.”

“The administration’s approach to Syria is grounded in several essential priorities: expanding humanitarian access throughout Syria; preserving and maintaining our military presence and partnership with local partners (including the Syrian Democratic Forces) to maintain pressure on ISIS; making clear our ongoing commitment to demand accountability from the Assad regime; supporting basic international norms; promoting human rights and accountability (through the position of targeted sanctions); and sustaining local ceasefires across the country to keep violence at the lowest levels at the outset of the conflict.”

“We’re at an inflection point with regard to the Islamic State, for reasons that we’ve all seen. This is the year where ISIS tried to go big with a massive attempted prison break at Hasakah… this was the most ambitious and most elaborate operation that we have seen from the Islamic State anywhere since at least 2017… And, of course, it was also a year of great setbacks, most notably the loss of the Caliph, Abu Ibrahim al-Qurashi. [He] was the second caliph to be killed in three and a half years and he was met with almost precisely the same fate as his predecessor, Abu Bakr al-Baghdadi.”

“What I’m curious to see is how this balance of power changes because of Russia’s involvement in Ukraine. I think that it’s early but I’m wondering if eventually we’ll see a shift in emphasis or a shift in military deployments because of the Ukraine situation… I don’t see them really mustering any sort of will to really force the Russians to leave…  I think that they are more entrenched now than they have ever been historically.”

“Illicit commodities like Captagon, which has become this booming industry, in Syria, supported by elements of the Syrian regime… some members of the Assad family, and to some extent, Iranian military united and personnel who’ve taken a role in the distribution of these drugs. We see these... seizures of Captagon coming from Syria, sweeping across the Jordanian border, and spurring fights along the border... These kinds of relationships are springing up organically and they’re helping entrench Iran’s interest on a personal level and on a corporate level.”

“90% of Syrians live in poverty today. At least 60% of Syrians are food insecure. Thousands and thousands of people… are continuing to face bombing and Assad attacks on their homes and on their communities. Millions and millions… of Syrians are displaced and the estimated numbers are half of the Syrian population—not just official numbers. So, it’s actually worse than that. So, there are more than 9 million internally displaced Syrians, there are probably close to another 10 million Syrians displaced as refugees in Turkey, in Jordan, in Lebanon, and in other countries around the world.”

“What’s happening on the ground is complicated when it comes to the Iranian presence, and I really encourage everyone to read my study that was published at the Washington Institute last year, in the service of ideology and Iran’s soft power in Syria… A simple example, if you have no food, no water, and no shelter, and you need to provide those for your children then a Shiite clerk comes to you and says: ‘I’ll give you those services, I’ll give you those resources, just say that you convert to Shiite Islam.’ What do you do? If you want to protect your children and keep them covered from a bombing then you have to say ‘okay, I want to survive.’ That’s what’s happening in Syria.”

US defense strategy in Syria

The DOD’s priorities in Syria include, “expanding humanitarian access throughout the country, preserving and maintaining a military presence with local partners including the Syrian Democratic Forces to maintain pressure on ISIS, [and] making clear their ongoing commitment to demanding accountability from the Assad regime,” DASD Stroul notes, in addition to “supporting basic international norms, promoting human rights and accountability through the imposition of targeted sanctions, and sustaining cease-fires across the country.” She stresses the shift in tactics is not a diminishment of US commitment in the region, but rather a way to invest in the US’s partners on the ground.

The state of ISIS in Syria

According to Joby Warrick, “We’re at an inflection point with regard to the Islamic State, for reasons that we’ve all seen. This is the year where ISIS tried to go big with a massive attempted prison break at Hasakah… this was the most ambitious and most elaborate operation that we have seen from the Islamic State anywhere since at least 2017.” Despite this, ISIS also faced setbacks, including the death of their leader Abu Ibrahim al-Hashimi al-Qurashi, the second caliph to be killed in three and a half years. Qurashi promoted communication with both local ISIS branches and global affiliates in Africa and Afghanistan – Warrick argues the new caliph will likely follow in those footsteps.

ISIS’ preference for splashy attacks, like the Hasakah prison break, might not have been successful, but allowed ISIS to portray itself as powerful, capable, and relevant. At the same time, Warrick predicts that the use and development of chemical weapons seems more likely in the coming years.

The Enduring Humanitarian Crisis in Syria

As moderator Ambassador James Jeffrey noted, “Half the [Syrian] population, 12 million people, are either refugees or internally displaced persons, and many of the people in the areas that Assad still controls are suffering greatly.” Oula Alrifai resists the argument that the US’s should prioritize regional security through diplomatic and political mechanisms, as this is often at the expense of the Syrian people. The international community’s failure to limit Russia and Iran’s influence in Syria, as well as their relations with the Assad regime, has had an enormous humanitarian toll. Syrians, “have been experiencing this dictatorship for over 50 years and we see today that Russia has the upper hand when it comes to negotiations in the international arena… Iran, they are strongly backing the Assad regime and the story continues at the expense of the lives of Syrians.” 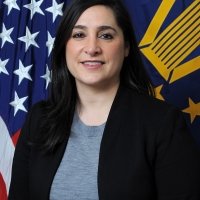 Deputy Assistant Secretary of Defense for the Middle East 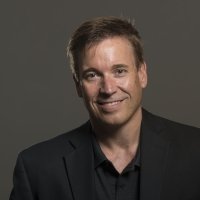 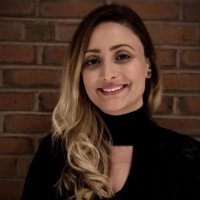