#GettingTo5050: Framework Toward Action for a More Equal World

This 50/50 Day, the Women in Public Service Project hosted a conversation about the policies and best practices government leaders can use to drive gender parity within their countries and around the world. A panel of global voices discussed challenges and opportunities in transforming commitment into action for a more equal world.

#GettingTo5050: Framework Toward Action for a More Equal World

Learn more about the policies and practices driving gender parity around the world in Roadmap to 50x50: Power and Parity in Women's Leadership - launching May 15, 2018. Details here.

The Women in Public Service Project is proud to partner with Let it Ripple Studios to engage policymakers and gender parity champions in 50/50 Day, a day of global conversation and action toward the #GettingTo5050 Movement.

Around the world, women leaders are emerging to contribute  their voices to critical conversations in public policy and play a role in making decisions that affect their daily lives and their communities.

Watch: Behind the Scenes with WPSP Director Gwen K. Young:

This 50/50 Day, the Women in Public Service Project hosted a conversation about the policies and best practices government leaders can use to drive gender parity within their countries and around the world. A panel of global voices discussed challenges and opportunities in transforming commitment into action for a more equal world.

"Of the ten quality that the World Economic Forum says you have to have as a leader, women, mothers and caregivers in the home have seven of those ten qualities."

"Not only is this glass ceiling how high women rise, but it's where women are in government. So women often end up in health and education, they don't end up over in the Department of Defense, so we call this the 'glass walls.'"

"No matter to what degree to which you feel that you're a leader a conscious person with respect to gender issues or diversity issues, they run so much deeper than we ever really realize, and you have to get into the habit of self-checking."

"We have to address an environment where women can take leadership positions, but in which they can thrive in those positions. And so that also means empowering women throughout the cycle of their life, and so looking at not just laws and policies that affect women and girls but those institutions and the social norms that allow gender inequity to exist and to persist. And that means addressing everything from girls' education or women's economic empowerment, or looking at the issue of gender-based violence."

"If one in three women around the world experience some form of intimate partner violence or sexual violence by a non-partner in their lifetime, that creates huge barriers to women's leadership."

"I pledged--I think it was about a year ago--to never be on a panel without a woman on it."

"There are not that many firewomen, but a lot of firemen. Why is it only a dream for men, why is it supposed to be like that? We're as affected by fire, why is only one supposed to save?"

"You never ever hear, when there's a room full of men, that it's a problem that there are no women. No man will say, 'I can't choose, as a deputy, another man because people will feel funny about it. And so we as women have to be conscious that there is nothing wrong with having a room full of women, if that's what you have."

"Sometimes with women, there's always this sense that, well, they're not ready, so let's just put them on the list and start preparing them to get ready. You never hear that when you look at men on a list, that they're not ready."

"You can't just sit quietly and say, 'hmm, I'm the only woman in this room.' You say it at the table. You say it in front of the audience." 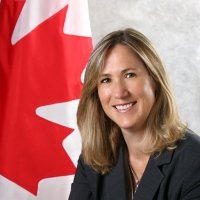 Ambassador of Canada to the United States 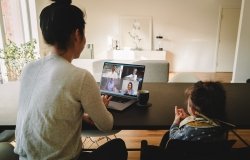 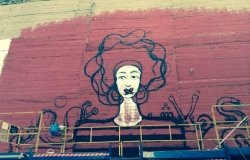