Roadmap to 50x50: Power and Parity in Women's Leadership

Global thought leaders explored innovative approaches to achieving gender parity in leadership around the world with the launch of the report Roadmap to 50x50: Power and Parity in Women’s Leadership.

Discover new tools to achieve gender parity in public service leadership around the world in a groundbreaking new report from the Women in Public Service Project.

Where are women in governments around the world? How much power do they hold? How did they get to their positions of leadership? The Global Women's Leadership Initiative Index is a first-of-its-kind project that harnesses the the power of data to answer these three key questions, providing a multi-dimensional snapshot of women's public service leadership in 75 countries.

Global thought leaders explored innovative approaches to achieving gender parity in leadership around the world with the launch of the report Roadmap to 50x50: Power and Parity in Women’s Leadership.

“This is special, to have a woman heading this amazing center, the Woodrow Wilson Center; to have this amazing study, which is really remarkable – slightly depressing – but remarkable, because we need to know the stats and the data; to have this conversation, and to really stir things up.”

“We have complete data measuring women’s leadership across 75 countries---more coming soon--and today we are making public the first report---that’s this report that you all need to have and memorize---measuring the pathways to women’s leadership.”

“In an era of fake news, this is the real deal.”

“You have to find your own style of contribution."

“You have to be absolutely excellent, over-prepared, so there is no question why you’re there. And you have to also be willing to stand up for your voice. When someone interrupts the woman, you have to say, “Excuse me, I’d like to finish.”

“If you have a moment of descent, you have to find the courage to speak up. When all the male heads turn and look at you, and are like “Why are you speaking? Why are you not in the consensus?” So, it does take a certain amount of fortitude.”

“You have to be very concrete and intentional and specific about what you want. And that’s something as a female in positions, you hesitate, or you might think in mentoring young women about not being afraid to be definite and secure in what you do.”

“It’s really empowering women to be themselves, to be authentic, and not be so upset to show weakness.’

“This Index is the first of its kind, because it’s the first to measure women’s leadership across all five sectors of government. So not just women presidents, and the women in parliament and legislature, but women in public administration, the judiciary, [and] national security.”

“We know with data, not only can you measure, but you can innovate, you can drive change, and you can find solutions.”

“We often don’t think about public administration … which implements the laws, which in some countries is the safer or ‘better’ place for women to work … but also that controls a lot of the GDP and what goes on in a country. So this is incredibly important.”

“What does this mean to advance gender parity, particularly in the public sector? What we have found is that three things are essential. First, you have to have a top-down commitment that gender diversity inclusion, including the willingness to devote meaningful resources to the cause.”

“Why does diversity matter to a company like us? As my CEO Jim Murren would say, ‘First and foremost, it is because it is the right thing to do.’”

“So, in a nutshell, I think there are some programs that other companies can use and model, like KPMG, the other big four as well, that will help retain women and give them options to opt-in, and remain in, instead of opting-out of the workforce.”

“We have to look at the basic structures in our society that would actually enable women to get out there and work.”

“It is important to keep this on this agenda for countries that think they do well. Denmark has done well for many years, but we still have a lot of work to do.”

“Involving more men in gender equality, the ‘HeForShe’ thinking, that is an important cross-cutting issue on this agenda.”

“The idea of culture, the culture of equality … how do you create and promote that? Some of the best policies in the world will only work if you have ways to ensure there is a penetration of understanding.”

“An important culture change that I think we have to make…We have to stop thinking about our kids as a barrier or an anchor… they are a source of inspiration and energy, they are the reason that we go to work and the reason we come home at the end of the day. It should not be something that detracts from our vision of ourselves as leaders.”

“I think we need have to stop asking ourselves whether or not [the 50x50 vision is attainable] and just get on with it.”

“Gender parity in public administration, in my view, is important for three main reasons. First, barriers to women’s advancement in public service undermine the fundamental principles of equality opportunity and social justice in society. Second, without a critical mass of women in public administration, a government is not tapping into the full potential of a country's capacity, workforce and creativity. Third, the public administration affects the lives of millions of people, half of whom—if not more—are women.”

“Research shows that gender parity in policy-making and decision-making enhances the effectiveness and responsiveness of administrative agencies.”

“We know that more women engaging in the peace processes leads to the sustainability of the peace agreements.”

“Girls and women are powerhouses, and they are critical in powering progress for everybody - especially when they are in leadership positions.”

“Gender equality is in the water, we just need to get people to drink that water.”

“I believe that men and women are different…not better, not worse, but different. And that difference needs to be included in the global dialogue that is taking place.” 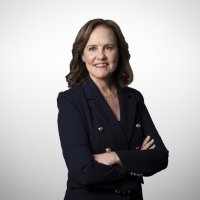 Co-Founder and Managing Partner, WestExec; former U.S. Under Secretary of Defense for Policy

Ambassador of Denmark to the United States

Ambassador and Permanent Representative of Canada to the OAS 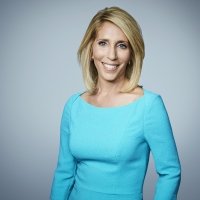 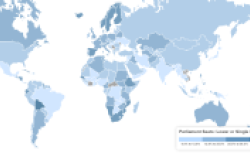 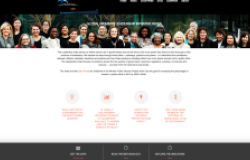 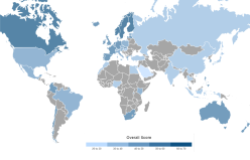 Event
Gender Equality
Beyond the Numbers: The Leadership Index and Innovations Achieving Parity in Global Leadership
On Wednesday, December 13, 2017 at 11:00 – 12:30 ET