The Great Exodus from China: Trauma, Memory, and Identity in Modern Taiwan

In The Great Exodus from China, historian Dominic Meng-Hsuan Yang examines one of the least understood migrations in modern East Asia: the human exodus from China to Taiwan when Chiang Kai-shek’s regime collapsed in 1949.

In The Great Exodus from China, historian Dominic Meng-Hsuan Yang examines one of the least understood migrations in modern East Asia: the human exodus from China to Taiwan when Chiang Kai-shek’s regime collapsed in 1949.

Peeling back layers of Cold War ideological constructs, Yang tells a very different story from the conventional historiography of the Chinese civil war that has focused on the reasons for Communist success and Nationalist failure. Yang lays bare the traumatic aftermath of the Chinese Communist Revolution for the hundreds of thousands of ordinary people who were forcibly displaced across the sea and for the local Taiwanese who were compelled to receive them.

Underscoring the displaced population’s trauma of living in exile and their poignant “homecomings” four decades later, The Great Exodus from China presents a multiple-event trajectory of repeated traumatization with recurring search for home, belonging, and identity. By portraying the mainlanders (waisheng ren) in Taiwan both as traumatized subjects of displacement and overbearing colonizers to the host populations, Yang’s thought-provoking study challenges the established notions of trauma, memory, diaspora, and reconciliation. It speaks to the importance of subject position, boundary-crossing empathic unsettlements, and ethical responsibility of historians in writing, researching, and representing trauma.

Dominic Meng-Hsuan Yang (楊孟軒) is Assistant Professor of East Asian History at the University of Missouri-Columbia. He completed his PhD in the Department of History, the University of British Columbia. His research focuses on the massive human exodus out of China in the mid-twentieth century during and following the Chinese Communist victory to places like Taiwan, Hong Kong, and North America. Using this research, particularly his work on the mainlanders in Taiwan, Yang attempts to reorient the historiography of the Chinese civil war, from discussing the success and failure of two revolutionary parties to the protracted social history of mass displacement and human suffering in the war’s aftermath. On the theory front, Yang proposes a “multiple-event” concept of trauma and memory production. The concept challenges the prevailing “single-event” notion of trauma that has originated from both the turn of the twentieth century Freudian psychoanalysis and Halbwachsian sociological memory studies. His first book, The Great Exodus from China: Trauma, Memory, and Identity in Modern Taiwan, was published by Cambridge University Press (2020). He has also published related articles in China Perspectives, Journal of Chinese Overseas, Journal of Chinese History, Historical Reflections, and Taiwan Historical Research (臺灣史研究).

Yang is a recipient of multiple Social Sciences and Humanities Research Council of Canada awards and Chiang Ching-kuo Foundation grants, as well as a University of Texas Austin Institute for Historical Studies Fellowship and Taiwan Fellowship. In 2020, Yang was awarded University of Missouri, Provost’s Outstanding Junior Faculty Research and Creative Activity Award, the highest recognition for research at the assistant level in University of Missouri. The Great Exodus from China was recently shortlisted for the Memory Studies Association First Book Award. 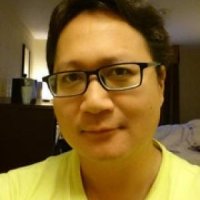