The protests, which began as a convoy that traveled across the country from British Columbia to Ontario, have now paralyzed Canada's capital city and blocked critical arteries for trade along the U.S.-Canadian border. Ontario's government declared a state of emergency on February 11 as automotive plants across the province halted operations due to supply shortages caused by blockades at the Ambassador Bridge, the busiest land crossing between the United States and Canada.

“As we speak, the Canadian Parliament is debating the emergencies act of the Prime Minister has been up and introduced the debate this morning. And we see police moving in on the Ottawa barricades this morning as well so there is a lot of activity happening right this minute. So very timely of the Canada Institute and the Wilson Center to be hosting this.”

“This turned out to be anything but a normal protest and now here we are three weeks later in which there was a siege, there was a variety of ways to describe what is happening in Ottawa. And it also has morphed from a trucker protest against the mandate that they be vaccinated to… kind of a lightning rod for all those who are disgruntled and unhappy with any limitations on their lives due to COVID.”

"For most Canadians it’s shocking how much international attention these protests are getting. I do some international work in the democratic institutions sphere and I had an email this week from a colleague in Benin… in Africa… and he said ‘I hope this note finds you well. If you’re in Ottawa, I hope you’re keeping safe.’ It just kind of blew my mind that someone on another continent in a smaller country, that has a lot of its own problems, was thinking about me in Ottawa being part of this siege. It just comes to show how pervasive the news coverage of this is around the world."

“There is a lot of debate, which is happening as we speak in the House of Congress as to whether or not triggering that act (the Emergencies Act) is necessary, whether it’s acceptable, and whether it should be approved. But I would say that it has been a long three weeks for anyone that lives in Ottawa and I think when someone can’t go out into the street, from their home, wearing a mask, without some worry that they’re going to be assaulted…I think that would qualify as an emergency for some people.”

“We have had other sort of…sympathizer protests pop up in most of the other major Canadian cities over the last couple of weeks and from a resourcing both people and financial perspective, I think that that was a significant reason why the Emergencies Act was triggered to allow that sort of alignment and integration between levels of government and jurisdictions."

"When you look at a few other things like the number that has been cited up here extensively, 90 percent of Canadian truckers are fully vaccinated and were before this all began, plus the fact that there are vaccine requirements on the US side of the borders, so for any trucker going back and forth, it’s not just about Canadian requirements, it’s also about dealing with requirements on the US side of the border—which sort of got forgotten along the way. So I think that it very quickly morphed… and maybe it never was originally about truckers but that certainly was what was put in the window for the general public and you know we had federal politicians here who early on supported the protest from a trucker support perspective but very quickly that’s all devolved." 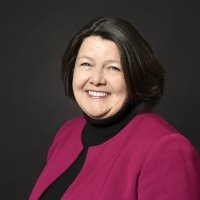 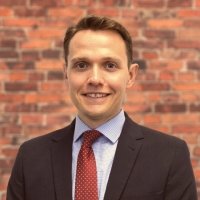