Ground Truth Briefing | The Day After: Implications of the Presidential Runoff Results in Brazil

In the wake of far-right Jair Bolsonaro's victory in the presidential runoff on October 28, experts discussed what comes next for Brazil and its new government.

By PHONE only
This event will be made into an audio recording
Stream will begin in approximately —:—:—

In the wake of far-right Jair Bolsonaro's victory in the presidential runoff on October 28, experts discussed what comes next for Brazil and its new government.

“Even conservative people have misgivings, have doubts, because Mr. Bolsonaro is an untested leader who will now have to assemble a government, develop a government plan that was not discussed very much during the campaign, and run the country.” “He was able to tap into the fear generated by the public insecurity in Brazil. People are afraid of leaving their houses… Mr. Bolsonaro created this expectation that he will be tough on crime without, I think, presenting any specific plan on what he intends to do.” “It’s not going to be a walk in the park to establish a system of repeated violations ignoring civil rights. The president-elect said on Sunday that he will ‘respect the Brazilian constitution.’ Well, civil liberties are guaranteed. Human rights are guaranteed by the constitution to which Mr. Bolsonaro will swear.”

“The people from his party that were elected to the House and elected to the Senate – they have public security, firearms, and other issues about security at the top of the agenda. So the question for me is, which battle will Bolsonaro choose in the Congress arena?” “One of the most controversial [security reforms is that] he wants to give the police the ability to shoot. Today, the police officers in Brazil can only shoot in a defensive role or situation, so he wants to increase the power of the decision-making on the ground for the police in Brazil… This is his vision for security.”  “I think that there is going to be a honeymoon with Bolsonaro from the financial markets, but by the time the calendar year of the Congress starts, then we are going to see if the support sticks. For the moment, there is a sense of relief that the Workers' Party has not won the election for the fifth time.”

“An important circle of people that he’s paying attention to are his – I wouldn’t say colleagues, because they don’t respect him as a colleague – but the generals... These are very influential people with Bolsonaro right now. They are even telling him which ministers to appoint or not.” “Taking into consideration the tight connection between Bolsonaro and the high command of the two armed forces, it’s probable that they won’t understand each other very well. The generals are tired of employing soldiers to do what they think is basically a failure of civic powers, and they state very clearly that they don’t want to be used to clean a mess that wasn't theirs in the first place.”

On October 29, 2018—the day after the presidential runoff in Brazil—Brazil Institute Director Paulo Sotero, CEO of IDEIA Big Data Mauricio Moura; and Estadão columnist and director of Painel WW William Waack discussed the results in a Ground Truth Briefing teleconference. The conversation focused on the economic outlook for Brazil, the uncertain future of foreign relations, and potential threats to civil liberties under the administration of President-elect Jair Bolsonaro.

Brazil faces a host of issues that can no longer be ignored, including fiscal reforms and public security—two key areas of anxiety among voters. Bolsonaro capitalized on these concerns, as well as voters’ anger over corruption, but now he will need to take action to solve these complicated challenges. Sotero emphasized that the divisive rhetoric that worked so well during the campaign is unlikely to help Bolsonaro once he takes office on January 1, 2019, raising concerns about his capacity to govern effectively.

Initial post-election decisions suggest that Bolsonaro wants to avoid creating any tensions that could damage Brazil’s already fragile economic situation. The speakers pointed out that Bolsonaro has already retracted several campaign promises that could have negative economic ramifications, such as pulling Brazil out of the Paris Agreement or moving the Brazilian Embassy in Tel-Aviv to Jerusalem. Waack credited Bolsonaro’s decision to backtrack on the latter issue to Brazil’s close economic ties with the Arab world: Brazil exports large quantities of meat to the Middle East, and Bolsonaro will want to avoid angering one of his key demographics: Brazilian agribusiness.

Relations with China are another issue to watch, given Bolsonaro’s campaign statements against Chinese investment. Waak argued that it would be a huge mistake for Brazil to side with the United States in the ongoing China-U.S. trade dispute. Brazil should instead take advantage of the current trade wars to increase exports. However, Bolsonaro has not yet clarified his stance on Brazil-China and other geopolitical issues. Moura concurred, and further noted that foreign policy was not a key topic this election cycle.

Waack noted that the President-elect has frequently deferred economic questions to his economic advisor Paulo Guedes, a true believer in economic liberalism who wishes to increase privatization and decrease bureaucracy in Brazil. However, Sotero pointed out that although industry is a big supporter of free trade, what the sector really wants is free trade for their exports, not imports that could compete with Brazilian products. Regardless, making Brazil more attractive to foreign investment is an important task for the new administration, as the government needs more revenue.

Public security was another core concern for Brazilians this election cycle. Although Bolsonaro made public security the central element of his platform—and it was a primary reason many Brazilians voted for him—he lacks a specific, actionable plan to reduce violence and crime in Brazil. Brazil’s homicide rate is expected to reach a record high this year. Not only has overall violence increased, but it has also worsened significantly in large urban areas—in addition to the high rates of violence in the rural, northeastern parts of the country.

Moreover, the President-elect’s conservative social agenda has been a source of worry and fear for many, including marginalized groups, academics, journalists, and activists—Sotero stated that numerous journalists have already committed to “holding Bolsonaro’s feet to the fire.” The speakers expressed some hope that Bolsonaro will tone down his rhetoric, supported by his first statement as president-elect that he intends to respect the Constitution, which safeguards civil liberties for Brazilians. However, they also stressed the uncertainty of this moment for Brazil, with Sotero quoting the Estadão editorial stating those who supported Bolsonaro’s candidacy were taking a “leap into the dark.” 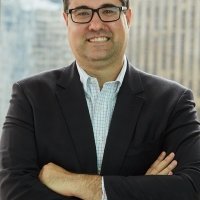 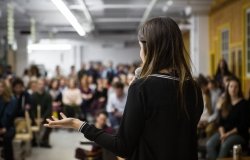 Event
Democracy
Will Women Decide the Brazilian Election? The Potential Impact of Female Voters and Candidates
On Monday, September 10, 2018 at 3:00 – 4:30 ET 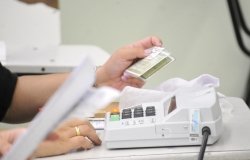