Ground Truth Briefing: The U.S. and Syria: What’s Next?

Following last weekend’s cruise missile strikes on Syria, President Trump tweeted, "Mission Accomplished." But where does U.S. policy go from here, and does Washington have a broader strategy regarding the crisis? The Middle East Program convened veteran voices – including two former ambassadors to Damascus – to take on these questions and more.

BY PHONE ONLY
Get Directions
This event will be made into an audio recording
Stream will begin in approximately —:—:—

Last weekend’s cruise missile strikes by U.S., British, and French forces – the most significant military action against the regime of Bashar al-Assad since the Syrian civil war began – has altered Washington's role in the country. But, how exactly? While President Trump tweeted "Mission Accomplished," some argue that the strikes were insufficient or not entirely clear in their objective, let alone indicative of a broader strategy. Where does U.S. policy go from here? And what are the calculations of other key actors, such as Russia, Iran, Israel, and the Syrian regime itself?

In this Ground Truth Briefing, veteran practitioners and analysts of Syria and the Middle East – including two former U.S. ambassadors to Damascus – addressed these questions, and in particular, the challenge of defining U.S. policy in Syria.

“[It is a] challenge [to] watch not one administration, but two, struggle with the response to a horrific and bloody Syrian civil war, which is now in its seventh year, and obviously trying to sort out and find out if there is an elusive balance for the U.S. between too much risk-readiness on one hand and too much risk-aversion on the other.”

“Assad, a guy who seems ready to do anything to survive, including probably again using chemical weapons if he feels the need to, reminds me of that famous line in Game of Thrones... ‘He’d see the kingdom burn if he could be king of the ashes.’”

“What didn’t happen in Syria last weekend was much more important, frankly, than what did – and I would suggest that since so many of the Trump administration’s initiatives are driven in large part by domestic politics, that this, too, was a window into certain 'bureaucratics' in Washington. I really do believe that it was a combination of Jim Mattis’s own desire to control the parameters of risk and the president’s view that he didn’t want a confrontation with the Russians, nor did he want to get into another forever-war in Syria, which would anger and alienate his base.”

“No one should confuse this set of strikes, or its predecessor, as an actual strategy. It’s not. I would liken it, in a sense, to the Obama administration’s heavy reliance on drones. Drones weren’t a strategy either… We are saying to the Assad regime, ‘Hey, we don’t really care if you’re slaughtering your population. Have a blast, so to speak. We’re not going to get in your way. Just don’t kill them with chemical weapons.’”

"February 1982. Hama, Syria’s fourth largest city. The Assad regime had cornered the Muslim Brotherhood leadership there. Hafez al-Assad turned to his brother, Rifaat, and his notorious defense companies… The order was to surround the city and use armor and artillery to eliminate the Muslim Brothers. So they did. They also eliminated about 25,000 Sunni Arab civilians. So the regime knew, father and son, that someday there might be a reckoning – so they spend three decades perfecting a police state unrivaled in the region.”

“From the outside, Iran, Israel, Turkey, the United States, France, the UK. And inside, Hezbollah, Al-Qaeda, the Islamic State, the Syrian Free Army, the Syrian Democratic Forces, the Kurds, and on we go. No one wanted an all-out war. But going back a hundred years, no one wanted World War I either. A chain of entangling alliances produced out of Sarajevo World War I. We could see this in a reasonable context this time around, and I think we almost got there, in fact, [after the February 2018] drone incident."

“When we think about these strikes that the Americans, French, and British did a week ago, to me it addresses one very narrow American interest in Syria, where Syria is an example that we don’t want the international norm to be further eroded. Will it deter? It’s way too early to know. It’s certainly not time to say, 'mission accomplished.'”

“I have no doubt that [Assad] will test us again, probably with chlorine, maybe with other agents. I don’t know. He will, for sure, test our resolve. When Ambassador Haley at the United Nations said, ‘We’re locked and loaded,’ I thought, ‘OK, that’s great, it’s good to say that, but you’re going to have to act on it.’ If you don’t, you completely subvert the utility of the airstrikes of April 13."

“Thinking medium- and long-term, what we really need to do, as best we can, is limit the access of terrorists coming out of Syria through Turkey or through Jordan or through Iraq or through Lebanon into Western countries or other parts of the Middle East. In order to do that, we almost have to shift focus and think more about containment, rather than trying to fix what’s inside Syria itself. I don’t think we can fix what’s inside Syria itself.”

“The stated goals were to degrade Assad’s chemical weapons capacity and to deter the future use of chemical weapons. They weren’t really to achieve broader strategic ends in Syria, nor were they tied to an articulation of a different strategy in Syria. But I would argue that it’s unlikely the strikes even achieved the limited objectives of degrading and deterring on the chemical weapons front.”

“The two things you have to do to generate deterrents are one, to make the adversary pay a price, and two, to credibly threaten that you will credibly escalate moving forward if the adversary continues their behavior. In this case, it didn’t do either one. It didn’t make Assad pay much of a price, and, in picking targets very self-consciously – where there were no Russians, no Iranians, it didn’t hit any additional airfields, no command-and-control nodes, no part of the air defense network – the administration was actually signaling that we were deterred from an across-the-board escalation.”

“We currently ‘own’ about a fourth of the country as well as a bunch of strategic oil and gas resources because of the areas that we and the Syrian Democratic Forces that we’ve supported have cleared in eastern and northern Syria – which means that U.S. consent is essential for reunification of Syria. That gives the United States potentially a lot of leverage, although Trump seems intent on giving that leverage away by pulling out American forces in eastern Syria.”

“This is not a new issue. Actually, for years, going back into the Obama administration, it was well-recognized that the Assad regime, despite the chemical weapons agreement in 2013… retained capacity to produce sarin and other nerve agents – and these recent attacks have proven that.”

“The reason why Syria has been important, other than the peace process with Israel, is simply geography. Syria is the – to steal a Washington, D.C. metaphor – the row house in the middle of a block. It touches so many other parts of the Middle East. And when it melted down and filled up with terrorist organizations on every side... it affects other issues.”

“The way the Syrian civil war is settling out is unacceptable to neighboring countries. Assad is not winning the war on his own steam – he’s doing so through a military intervention by Iran and Russia in various degrees – and then [there is an intervention] by the United States in the other third of the country, and then the Turks have invaded the northwestern part of the country.” 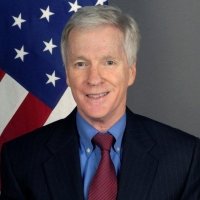 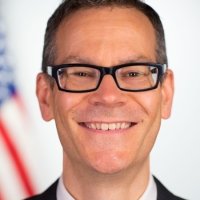 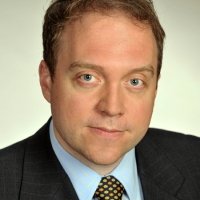