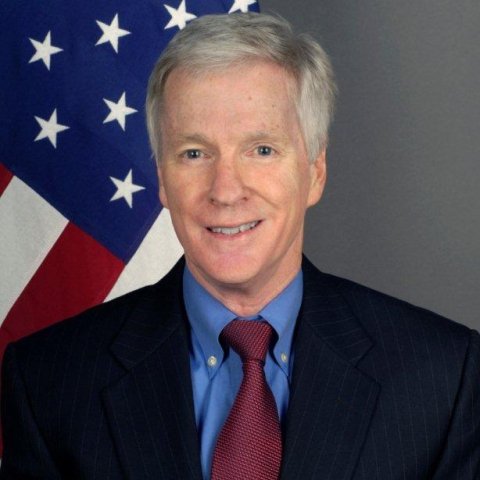 Ryan Crocker is Dean and Executive Professor at the George Bush School of Government & Public Service at Texas A&M University, where he holds the Edward and Howard Kruse Endowed Chair. He was the James Schlesinger Distinguished Visiting Professor at the University of Virginia (2012-2014), and he served as the first Kissinger Senior Fellow at Yale University (2012-2013).

He retired from the Foreign Service in April 2009 after a career of over 37 years but was recalled to active duty by President Obama to serve as US Ambassador to Afghanistan in 2011. He has served as US Ambassador six times: Afghanistan (2011-2012), Iraq (2007-2009), Pakistan (2004-2007), Syria (1998-2001), Kuwait (1994-1997), and Lebanon (1990-1993). He has also served as the International Affairs Advisor at the National War College, where he joined the faculty in 2003. From May to August 2003, he was in Baghdad as the first Director of Governance for the Coalition Provisional Authority and was Deputy Assistant Secretary of State for Near Eastern Affairs from August 2001 to May 2003. Since joining the Foreign Service in 1971, he also has had assignments in Iran, Qatar, Iraq and Egypt, as well as Washington. He was assigned to the American Embassy in Beirut during the Israeli invasion of Lebanon in 1982 and the bombings of the embassy and the Marine barracks in 1983.

Born in Spokane, Washington, he grew up in an Air Force family, attending schools in Morocco, Canada and Turkey, as well as the U.S. He received a B.A. in English in 1971 and an honorary Doctor of Laws degree in 2001 from Whitman College (Washington). He also holds an honorary Doctorate in National Security Affairs from the National Defense University (2010), honorary Doctor of Laws degrees from Gonzaga University (2009) and Seton Hall University (2012), as well as an honorary Doctor of Humane Letters degree from the American University of Afghanistan (2013). He is a member of the Council on Foreign Relations, the American Academy of Diplomacy, and the Association of American Ambassadors. In August 2013, he was confirmed by the United States Senate to serve on the Broadcasting Board of Governors which oversees all U.S. government-supported civilian international media. He is also on the Board of Directors of Mercy Corps International.

Ambassador Crocker received the Presidential Medal of Freedom, the nation’s highest civilian award, in 2009. His other awards include the Veterans of Foreign Wars Dwight D. Eisenhower Award (2014), Presidential Distinguished and Meritorious Service Awards, the Secretary of State’s Distinguished Service Award (2008 and 2012), the Department of Defense Medal for Distinguished Civilian Service (1997 and 2008) and for Distinguished Public Service (2012), the Award for Valor and the American Foreign Service Association Rivkin Award for creative dissent. He received the National Clandestine Service’s Donovan Award in 2009 and the Director of Central Intelligence’s Director’s Award in 2012. In 2011, he was awarded the Marshall Medal by the Association of the United States Army. In January 2002, he was sent to Afghanistan to reopen the American Embassy in Kabul. He subsequently received the Robert C. Frasure Memorial Award for "exceptional courage and leadership" in Afghanistan. In September 2004, President Bush conferred on him the personal rank of Career Ambassador, the highest in the Foreign Service. In May 2009, Secretary of State Hillary Clinton announced the establishment of the Ryan C. Crocker Award for Outstanding Achievement in Expeditionary Diplomacy. In July 2012, he was named an Honorary Marine, the 75th civilian so honored since the founding of the Corps in 1775. 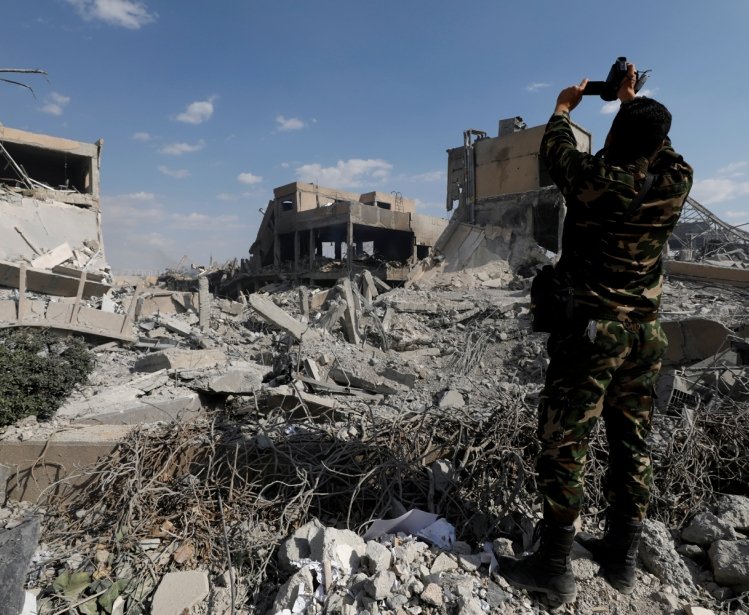