Hidden Waters, Dragons in the Deep

Hidden Waters, Dragons in the Deep

In the southwest corner of China, a region of towering mountains, deep gorges, and scattered villages not far from the border of Vietnam is Shidong, the Rock Cave. It is here, 800 miles west of Hong Kong and the Pacific coast, in an area so remote that people typically settle in villages not larger than 300 residents, where the Yang Liu River disappears underground.

Just like the polluted waters of the Yangtze River, the rain-eroded hills of the Loess Plateau, and Inner Mongolia's wind-driven sands that engulf Beijing every year, the Shidong and Nandong caves of Yunnan Province represent the front lines of China's fresh water crisis.

Following the footsteps of centuries of scholarship within China, collaborations between scientists around the world have emerged to share tools and methods for studying and understanding the complex karst landscape of China and empowering local populations to gain access to a fundamental resource that flows unseen beneath the ground. China is arguably the finest example of karst geology that worldwide covers 15 percent of the planet and provides water for a quarter of the earth's population.

Through support from USAID and the ENVIRON Foundation, CEF has been assisting scientists at Western Kentucky University in their karst work in China for the past three years. Our final activity with WKU has been an exciting partnership with Circle of Blue to produce and launch a multi-media webpage that puts a human face on the karst water challenges in southwest China. Please come and hear from the team of scientists, journalists, and photographers who CEF sent to Yunnan in May 2009 to capture the images and stories that show the difficulties people have in accessing the hidden waters. 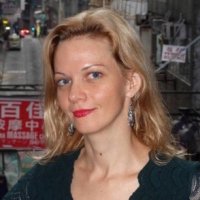 Article
Environment
Earth Challenge 2020: What is the Extent of Plastics Pollution?
By Metis Meloche on June 9, 2020