Great Power competitors China and Russia have developed an array of capabilities to attack the continental United States and may use the threat to intimidate the United States or deter it from taking military action in Asia, Europe, or the Arctic in a future conflict. The United States and Canada are developing innovative plans to thwart these developments and protect our citizens and our global interests, relying on advanced technology to gain an edge.

On Friday, September 11 the Woodrow Wilson International Center for Scholars will publish Hardening the Shield: A Credible Deterrent & Capable Defense for North America a new paper outlining the new approach has been co-authored by General Terrance O’Shaughnessy and Brigadier General Peter Fesler who worked on the strategy together at U.S. Northern Command.

General Fesler will present the paper and take questions on the elements of the new strategy and its implications. 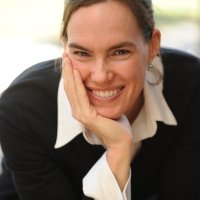