Director, President and CEO, Jane Harman began by introducing Senator Dan Sullivan (R-AK), Senator Mark Warner (D-VA), and Raymond Vickery, the Wilson Center Global Fellow who moderated the discussion. The conversation ranged widely, with the senators talking not only about the US-India relationship, but also about how that relationship plays into larger, regional considerations.

Senator Warner set the serious-minded and considerate tone for the event in his opening remarks, in which he thanked the Wilson Center for the work that they do, and offered formal condolences for the death of Srinivas Kuchibhotla, the Indian national who was shot in Kansas. “It is absolutely appropriate that the FBI investigate and pursue this crime as a hate crime,” said Senator Warner. This was of a kind with Senator Warner’s larger points about the importance of ties formed by “shared culture, shared rule of law,” and “shared values.” Personal dynamics play a key role both in intergovernmental interaction and in the “Indian-American diaspora” -- the many Indians and Indian-Americans both within the United States and within India. A broad understanding of cooperation between the two countries, and especially of their stronger ties, includes these dynamics.

Senator Sullivan also spoke to the intricacies of cooperation, both bipartisan and personal (“I was Mark Warner’s secret Santa”), as well as international. A way ahead with India would also “continue to focus on some of the non-military issues,” even when thinking about defense. Senator Sullivan provided as an example potential Indian membership in the International Energy Agency (IEA), something for which he had pushed during his time in the George W. Bush administration. “There is a whole host of areas where we can deepen our cooperation.” Cooperation in a general sense is important, and Senator Sullivan described how this has played out on a global scale: “We are an ally-rich nation, and most of our adversaries, or potential adversaries, are ally-poor.”

The two senators opening remarks “emphasized how broad this relationship should be.” The discussion then delved into more specific defense topics.

Defense cooperation means many things -- for instance, intelligence sharing, Red-Flag Alaska, and freedom of navigation exercises, especially those conducted in concert with other nations. As part of the regional context, Senator Sullivan mentioned the specific issue of the South China Sea. “We have been keeping the sea lanes open … [and] we need to continue to do that with our allies.” Both senators redoubled their emphasis on personal relationships and exchanges with respect to military cooperation. “Personal relationships -- we can do some of the training at American facilities, as well as at Indian facilities -- gives that kind of long-term relationship building that can be critically important,” said Senator Warner. “That lieutenant can end up being a general later, but they have built a relationship with the American military that pays enormous benefits that you just can’t predict.”

While Senator Warner and Senator Sullivan mentioned pivots -- both by Washington to the Asia-Pacific region, and by India to the United States -- they presented those pivots as resulting from long-term converging interests, rather than from mere opportunist tactics. “India and the United States have increasing shared values,” explained Senator Sullivan, “shared values of making sure that no one country in the Asia-India-Pacific region tries to militarize trade routes.” Recent moves by both countries to tighten their interests are a step in the right direction, but by no means an ending point.

The opportunities between the United States and India, the Senators suggested, would be best approached both with optimism and a measure of patient realism. Senator Sullivan made the point that cooperation, even when beneficial and durable, is rarely fast and easy: “that process can be cumbersome with the closest of US allies.” 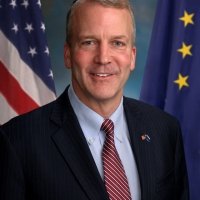