If the COVID-19 pandemic taught us anything, it is that the world is bound together by shared challenges—and at the center of those challenges often stands China. After decades of breakneck growth and development, Chinese officials, businesses, and institutions now play a critical role in every major global issue, from climate change to biotechnology.

In this virtual chat (over tea!) Dr. Scott Moore, Director of China Programs and Strategic Initiatives at University of Pennsylvania, talks about his soon-to-be released book China’s Next Act that re-envisions China’s role in the world in terms of sustainability and technology. Together with CEF director Jennifer Turner, he discussed how these issues are reshaping China’s economy and its foreign policy with major implications for the world.

“If we want to understand where China is heading in the 21st century and the role that China is going to play in the coming decades we have to understand two really big bets that Beijing has made - on the one hand in sustainability and environmental protection and decarbonization, and on the other hand in advanced technologies like artificial intelligence, gene editing, robotics, and other areas. And it’s the combination of these two big bets that informs a lot of where China is headed in the decades ahead, how China’s economy will evolve, how its domestic policy, and even its foreign relations will evolve.”

“Actually, what we see if we look around different measures of innovation and technological development, [is that] there really aren’t many signs that China is running ahead or out-innovating the US and other advanced industrial democracies at the cutting edge. But what is true is that the gap is closing in almost every area, and that China does have significant advantages on the deployment side, which is really critical, especially when we're thinking about something like clean technology where the problem isn’t just developing it, it’s commercializing it and scaling it and deploying it worldwide. So that’s where a lot of the competitive dimension comes into play with respect to tech.”

“What we’ve seen, really since the onset of the US-China trade war back in 2017… is that you’ve had at the margins a kind of chipping away at the interdependencies that exist between China and the US and other countries in terms of supply chains. But the reality is that interdependence, at its core, is here to stay. It is far too expensive, far too complex, far too difficult to totally unwind those supply chains, and so the idea of… sovereignty and independence is pretty far-fetched in most industries and sectors.”

“The success of US-China cooperation on climate change was really in shifting the frame and the narrative on climate action. It’s easy to forget now, but before, particularly around Paris, you had essentially an unbridgeable chasm between the advanced industrial countries, which were… for the most part really willing to undertake significant commitments to reduce greenhouse gas emissions, and developing countries which almost without exception were not. Obviously from a climate perspective that math doesn’t add up, so the success of US-China climate cooperation, added by EU-China cooperation and others, was to break that log jam and get us to a point at which everybody agrees that tackling climate change is a shared objective and one that needs to be taken seriously by all countries.” 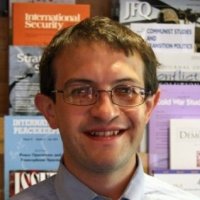