The relationships between climate and population are complex but critical, said the Worldwatch Institute's Bob Engelman at "Human Population and Demographics: Can Stabilizing Population Help Stabilize Climate?," a breakout session of the National Council for Science and the Environment's (NCSE) 2008 National Conference, "Climate Change: Science and Solutions." The Environmental Change and Security Program (ECSP) hosted the January 17, 2008, session, which explored how programs to improve reproductive health, family planning, natural resource management, and sustainable livelihoods can help mitigate climate change.

Population Key to Climate, but Overlooked

Climate projections and scenarios do not always employ realistic assumptions and sound data, said Fred Meyerson, an assistant professor of demography, ecology and environmental policy at the University of Rhode Island. According to Meyerson, there is widespread optimism that technological innovation will reduce per capita carbon emissions over time. However, he pointed out that per capita emissions in the developed world have remained virtually unchanged since 1970. Indeed, he believes that as oil becomes more expensive and the economies of China and India continue their rapid growth, the increasing use of coal for fuel will cause global per capita emissions to rise.

Meyerson believes that many assumptions about world population are similarly flawed. The UN mid-range estimate predicts the world's population will reach 9 billion people in 2050, but this estimate assumes all nations will have an average fertility rate of 1.85 children per woman. This fertility prediction, in turn, assumes that family planning programs will be adequately funded; there will be little or no government or societal interference with these programs; and women and couples will choose to limit their family sizes. Given current trends, argued Meyerson, this situation is unlikely.

Joseph Speidel, an adjunct professor in the Department of Obstetrics, Gynecology, and Reproductive Sciences at the University of California, San Francisco, agreed with Meyerson's assessment of the state of family planning programs. After population growth slowed during the 1960s and 1970s, the "population problem" was considered "solved," and many donors directed their funding toward other issues, such as HIV/AIDS and malaria, he said. While population growth rates have begun to slow, Speidel pointed out that the total number of people continues to grow by 75 million per year, with 95 percent of this growth occurring in developing countries.

In addition to adequate funding, government support—or at least lack of interference—is critical to the success of family planning programs, said Speidel. Countries as diverse as Thailand and Iran saw dramatic drops in their fertility rates when their governments endorsed national campaigns. In contrast, in the Philippines, where the government and the Catholic Church have opposed such programs, fertility levels have not dropped, despite millions of dollars over several decades.

The good news, said Speidel, is that family planning programs are cost-effective, easy to implement, and meet the needs of women and couples. Unplanned pregnancies account for nearly half of the population growth in both developed and developing countries; providing information and access to family planning addresses this factor. In addition, family planning programs benefit sectors as diverse as human rights, health, socioeconomic development, and the environment.

The participants and speakers brainstormed a set of policy options, which focus on encouraging the Intergovernmental Panel on Climate Change to more explicitly state how population is employed in its models; supporting researchers' efforts to examine links between food security, biofuels, and population dynamics; and highlighting the need for universal access to family planning, especially in areas where slowing population growth could most effectively reduce greenhouse gas emissions. These policy options will be published by NCSE and distributed to academics, researchers, and policymakers.

Drafted by Gib Clarke and edited by Rachel Weisshaar. 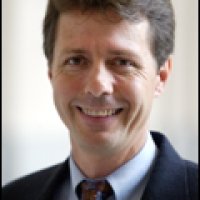