Hydrogen – Fuel of the Future?

The Global Europe Program at the Woodrow Wilson Center and European Embassies in Washington D.C. are inviting you to a virtual event on hydrogen during Earth Week.

Hydrogen has been hailed as a green alternative to fossil fuels and the harbinger of a completely new economic model. The EU Commission’s European Green Deal and the Biden Administration’s Infrastructure Plan chart a course that is phasing out fossil fuels and emphasizing the need for investing in green hydrogen to hit emission targets. The hope is to develop an economy with hydrogen as a viable large-scale energy source that can be transported via pipes or trucks as a liquid or gas, similar to oil and natural gas. But can hydrogen live up to the promise?

Join us for a conversation during the Smithsonian's Earth Optimism Week on April 20th, 10AM ET/ 4PM CET with European and American experts about the prospects of a hydrogen-powered economy, areas of transatlantic collaboration, and the latest innovations in the hydrogen sector. This conversation is part of a transatlantic green initiative organized by the Global Europe Program and European Embassies in Washington D.C.

“Hydrogen in and of itself is not that useful if you end up increasing emissions as a consequence—it’s really got to be near-zero. So, we’re talking generally about green hydrogen […] from zero-carbon electricity going into an electrolyzer—and that can be renewable or nuclear—or from conventional approaches like gasification or steam methane reforming but you must capture the CO2 with it.”

“The world is changing very fast and anybody who’s asleep at the wheel will miss big commercial opportunities—that is true for companies, that is also true for nations. The EU is leading now but it’s not clear they’ll be leading for long, the Asia-Pacific region is moving very quickly in this arena, in part driven by Japan’s policies to purchase low-carbon hydrogen and ammonia. But it is also the case that the Gulf States are moving fast and hard to hydrogen production—both green and blue—and they have the resources to do it. Same thing with nations like Australia, Chile, Canada.”

“Hydrogen is now considered as the way to actually reduce the CO2 emissions from the difficult part of the energy system which is actually the heavy-duty transport, which is the high, energy-intensive industries which are strong in northwest Europe like chemical, steel, refining cement, and it’s also difficult to decarbonize heating applications.”

“Siemens does have quite a large portfolio to help decarbonize the economy […] There must be a bigger push for our regulatory framework to further excel our work like providing incentives—like the PTC and the ITC here in the United States—so that that allows us to deploy our technologies at a faster rate.”

“Some of the more difficult parts of getting hydrogen just going are water rights. We have to think about where we’re going to get the water from—it’s wonderful that California offers so many tax incentives, but water is hard to come by in California so a lot of customers are starting to flock just outside of California because they still want to sell the hydrogen back to California and so they’re moving maybe a little bit east of California where the energy is not expensive—say Texas and Oklahoma.”

“The fuel cell as such is a device to convert the energy in the fuel to electric energy directing the chemical reaction. So, compared to combustion engine where you first combust the fuel to get heat and then to mechanic energy, we do it in one step which means that we have a higher efficiency and also have a true zero-emissions solution with no other by-products [other] than pure water.”

“The fuel cell is working more or less like a battery—it is [an] electrochemical reaction which creates electric energy but contrary to the battery where you consume your electrodes so that you […] have to recharge the battery, the fuel cell will produce electric energy as long as you supply it with hydrogen.” 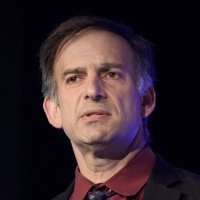 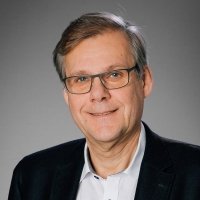 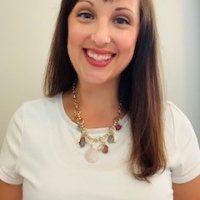 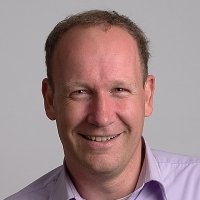 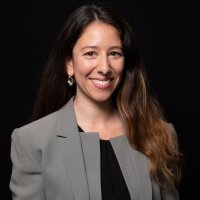