The Wilson Center’s Canada Institute is commemorating International Underground Railroad Month through a panel discussion between historians, scholars, and descendants.

In 2019, Governor Larry Hogan announced September as International Underground Railroad Month in the State of Maryland. Since then, other states have begun to acknowledge this month as the celebration of the legacy of Freedom Seekers in the United States and in Canada. The National Park Service has connected historical sites across the country through the National Underground Railroad Network to Freedom, many of which are holding special programming throughout September.

In partnership with the National Park Service and the Embassy of Canada, The Wilson Center’s Canada Institute is commemorating International Underground Railroad Month through a panel discussion between historians, scholars, and descendants. The panel will address the importance of the Underground Railroad in both Canadian and American history, the relevance of this history today, and the lasting legacy of Freedom Seekers.

"It is better to think about the Underground Railroad as a loose network of people from different walks of life who are opposed to enslavement and are willing to seek freedom themselves or to help freedom seekers gain their freedom. It's important because it’s also an interracial operation and it has a long history in both of our nations, which we can be very proud of and which we will seek to understand better. But there is no specific date we could say when the Underground Railroad starts, I think a lot of people offer different ways of considering it, I would suggest that maybe the best way to think about it is that from the very beginning of the system of enslavement there were people who sought freedom and people who were willing to help them. That in some ways is the nascent beginning of the Underground Railroad."

"The Underground Railroad was the first real freedom movement in the Americas. It was the first time the good people, Black and White, of different races and faces worked in harmony for freedom and for justice and if they did it way back then we can do it today. From a personal point of view, I consider the Underground Railroad a neutral history. I say that because it is a multi-cultural history multi-racial history. It doesn’t point fingers, that's what is so beautiful about it, it’s a story of liberation and all of humankind is a part of that equation of freedom and it’s a much-needed theme and message for today. It’s a message of mutual respect, or reconciliation, of leaving bitterness behind, in keeping love in our hearts for one another."

Often many many Underground Railroad, call them what you will, cells, units, local operations, and it was highly localized. We should probably point out that there was no great hierarchy, there was no president of the Underground Railroad. Highly localized but many groups were primarily African American, many were not many were mixed and in fact, it was the synergy between Blacks and Whites that made it work. It made it possible for it to succeed. Besides delivering tens of thousands, we don’t know really how many but, of fugitive slaves, freedom seekers to safety in the north and Canada over time, it had tremendous influence on public opinion across the north. By delivering former slaves into what had been simply White communities for the first time, countless northerners encountered slaves and heard in a personal way what the experience of slavery was. People who had never thought seriously about abolitionism became abolitionists by listening to the reports of fugitive slaves."

"We, especially down here in the States, tend to think of the Underground Railroad as ending at the Canadian border. But in fact, Canada was the beginning for former slaves who arrived there and were able to reinvent or create lives in freedom for the first time where, even if prejudice existed, nonetheless the law was on the whole very fair and equitable in Canada…former slaves who settled in Canada, they acquire property, they start businesses, they start careers, they make money and for the first time in North America Black North Americans are able to shape their own futures based on their own desires and ideals. This is really in Canada, the fruit of the Underground Railroad which, is also true of those more larger numbers of fugitive freedom seekers who stayed in the free states in the north but were typically constrained by discriminatory law. I think this is a great movement that's taking place that has political and moral, indeed profound, human dimension as well."

"What I always stress to my students, and to anyone whom I'm speaking, is the involvement and the engagement and the initiative taking of the freedom seekers themselves. That Underground Railroad story that we so often hear, that pervasive narrative of these kindly abolitionists handling people from point A to point B and steering them and transporting them, and I know some of the coded language that was used to protect identities, and so on has played a role in creating those mythologies. But we can never fail to be amazed, astonished, and so inspired by the creativity and determination and passion and courage and critical thinking of these individuals who made this journey. These self-emancipated freedom seekers and formerly enslaved individuals, they're really a big part of the story that's missing and we need to place them at the center. That is the work I hope this month will encourage us all to undertake."

"The Underground Railroad in terms of its importance is such an important piece of the story of Canada…it's so important and it really is part of what creates our sense of a Canadian identity. It's one of the things that we cling to most when we're looking for good news stories of our past, but we also have a tendency here to ignore once again the initiative taking and the hard work and the efforts and frankly inspired endeavors of these individuals once they crossed into Canada and established these new lives. There's this pervasive mythology that they had it easy and that Canada was just so welcoming. We have to correct that narrative here so it’s really a work in progress making sure that truth of the Underground Railroad is told."

"Not long ago in a classroom, I was talking about some of the dramas, like the William and Ellen Craft drama and the Anthony Burns drama, and I was talking about the biracial reaction of spectators, bystanders, watching the affront on liberty. One of my students raised his hand…and he said that's what we're doing today in the George Floyd incident. To me that related, what the stories have passed down perhaps of the Underground Railroad, and the learned striving for freedom"

"Our stories mirror each other, they have for two centuries, our story is on both sides. It just depends on your viewpoint."

"We need to understand the Underground Railroad was not owned by one country or by one group of people, it was multicultural, it was international, it was a movement. The first movement toward civil rights in the world. It is owned by everybody, we need to know that story to understand how we go forward in the world now, where that story fits in now." 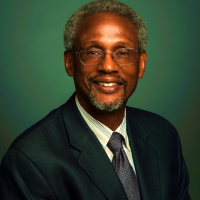 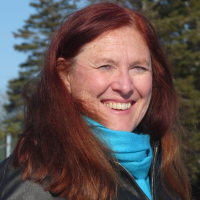 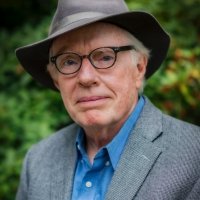 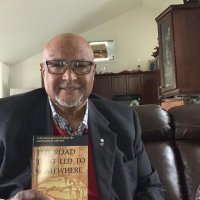 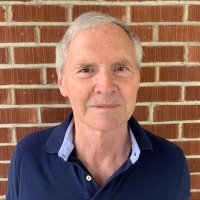 Author and Professor of History at Bishop's University 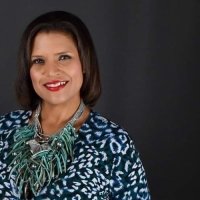 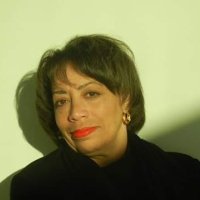