The panel will discuss Ireland’s outlook as it faces major challenges ahead, in achieving a sustained economic recovery while maintaining financial stability.

Following an extraordinary period of economic growth, by the middle of the past decade, as income per capita surpassed the EU average by 50 percent, Ireland was widely acclaimed as the Celtic Tiger. However, beginning in 2008, the Irish economy experienced a severe economic and financial collapse. This required a painful adjustment, supported by a major international rescue effort, which was completed successfully. Against this background, the panel will discuss Ireland’s outlook as it faces major challenges ahead, in achieving a sustained economic recovery while maintaining financial stability.

Ambassador of Ireland to the United States

Member, Irish Fiscal Advisory Council, and author of The Fall of the Celtic Tiger: Ireland and the Euro Debt Crisis (Oxford, 2013) 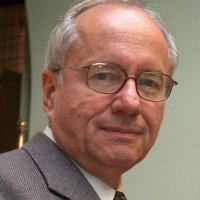