Japan-South Korea Relations and Prospects for a U.S. Role in Historical Reconciliation in East Asia

Expectations are high that a landmark agreement on the legacies of World War II reached between Japan and South Korea will allow the two countries to further bilateral relations. Under the December 2015 agreement, Tokyo and Seoul stated they reached a “final and irrevocable resolution” regarding Korean women who were forced to serve as sex slaves under Japanese occupation. The deal is expected to allow the two countries to work more closely together on issues of mutual concern amid a rapidly changing economic, political, and security landscape in East Asia. For the United States too, successful implementation of the agreement is critical to bring its two closest allies in the region together and to establish a strong trilateral alliance that would work together to face common challenges. In this forum, scholars of history and international relations will discuss how to address issues of historical contention, and they will also discuss what role the United States could play to ensure that historical reconciliation between South Korea and Japan continues to move forward.

Panel 1: Prospects for a New Framework to Assess Historical Legacies 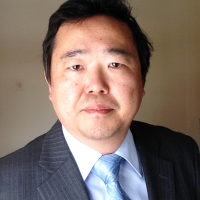