On April 18, the Wilson Center’s Middle East Program hosted Jordan’s Minister of Finance Mohamad Al Ississ to discuss his country’s economic outlook, the reforms underway and its economic relations with the rest of the MENA region. Jordan’s position in the world economy has left it vulnerable to symptoms of regional and global issues far beyond its borders. Jordan is both one of the poorest countries in water-per-capita and highest in refugees-per-capita. Amid rising tension and conflict in the Middle East region, domestic pressures are growing. The COVID-19 pandemic has also taken its toll on Jordan's economy, particularly the labor market, even as it has started to show early signs of recovery.

In response, the government of Jordan is taking various steps to move forward with its economic and fiscal agenda in order to strengthen the private sector and restore fiscal stability. But as ‘risk’ and ‘uncertainty’ become the rules of engagement, Jordan’s economic policy must learn to survive and thrive at the same time.

The chief concern facing Jordan’s economy is high unemployment, particularly the staggering 50 percent unemployment among youth. To increase demand for labor in Jordan, “we need to bring the cost of doing business significantly down in order for the private sector to grow,” argued Minister Al-Ississ. “Employment will have to be created in the private sector, and therefore everything we do has to encourage private sector growth and competitiveness.”

Jordan moved up 29 ranks in the World Bank’s 2020 Ease of Doing Business report, progress that’s attributed to “homegrown”economic reforms. “The government has committed, as part of our reform program, to introduce a new investment climate legislation that is quite comprehensive.” The bill, set to be introduced in June 2022, will combine existing policies related to business operations and market entry and exit, “into one single, streamlined law that gives the investor a bill of rights with clear timelines.”

While the Covid-19 pandemic took an economic, and humanitarian, toll on Jordan, Minister Al-Ississ believes the crisis motivated the government to accelerate reform, rather than slow it down. Growth in the digital economy as a result of the pandemic is providing an opening to invest in Jordan’s human capital to meet new demands. “There is an opportunity for Jordan to capitalize on it [and] to be a hub of export services… As part of our reform program, the key focus for us is to ensure we are able to regain momentum for growth in job-rich areas.” Minister Al-Ississ hopes this effort will also lead to greater economic integration in the Middle East region, a vital source of growth for small, open economies like Jordan.

Startups in Jordan face their own unique obstacles to growth, namely poor access to capital. The Minister put forth that venture capitalists, angel investors, and private equity firms will be a more effective solution to the financing gap than a government-led solution. “The challenge for many of our startups is by the time they saturate the Jordanian market and need to enter other markets, the barrier to entry is high,” later adding, “we need to ensure [youth] have the elements for success. We need to make sure that those with the bright ideas have access to finance.”

In the last several years, Jordan has implemented comprehensive economic reforms to spark growth and development. Instead of raising the tax burden of the “average citizen” in the country, the government introduced legislative changes to limit tax evasion and arbitrage, expanding the tax bait and thereby increasing government revenues. Minister Al-Ississ describes the new policies as “socioeconomically sustainable” adding that they have garnered popular support across Jordan.

Minister Al-Ississ stressed the importance of Jordan leading its own reform agenda. “Unlike previous reform programs, which we implemented because different development partners thought we should move one way, this is 100 percent Jordan’s programs… [and] we are seeing good results.” Further, he noted that most fiscal economic global policies are designed for large economies, with negative ramifications for small, open economies like Jordan. In this way, the government must balance shocks coming from the global economy with policies that are healthiest for Jordan’s trajectory.

In the backdrop, Jordan faces the obstacle of integrating 1.3 million refugees, mostly from Syria, into its economy and society. Despite struggling to employ its own population, the government opened access to its labor market and issued free work permits to Syrian refugees, in addition to providing education, healthcare, and “a good path to life”. The massive influx of people has pushed Jordan’s water resources to the limit, a country that was already the second poorest in water resources. “We built infrastructure that should have kept our people sufficiently supplied with basic water… then we saw our population increase 20 percent in the span of three years,” the minister noted.

Minister Al-Ississ contended that Jordan’s welcoming of refugees is a “global public service” that contributes to regional peace and security. He called on the international community to help ease the burden that Jordan bears especially as donor support has dwindled of late as the world’s attention and resources shift towards the war in Ukraine. “The issue is ensuring as we are shifting focus to worthy crises, that we are not creating a multiplier of former crises by not stepping up to support countries.” Jordan needs foreign investment, grants, and infrastructure to ensure refugees continue to have access to basic services and opportunity. “Otherwise, it will be one more lost generation, which will then seek avenues of hopelessness that we have all been working so hard to avoid.”

He points to the conflicts in Afghanistan and Ukraine as case studies that, “maintaining stability in the region is a healthy investment at a fraction of the cost. Jordan is delivering on behalf of many voices of moderation worldwide.” 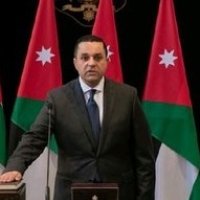