“Turbulent and possibly revolutionary times are ahead for U.S. energy and environmental policy,” said Bobby Magill, a senior science writer at Climate Central, at the Wilson Center on February 3. “If there’s one message the Trump Administration is sending about environmental and climate regulations, it’s this: The future will not look like the past.”

“Turbulent and possibly revolutionary times are ahead for U.S. energy and environmental policy,” said Bobby Magill, a senior science writer at Climate Central, at the Wilson Center on February 3. “If there’s one message the Trump Administration is sending about environmental and climate regulations, it’s this: The future will not look like the past.”

A panel of energy and environment reporters from The Washington Post, Associated Press, and other outlets offered their thoughts on this year’s big stories, and Magill, the current president of the Board of Directors of the Society of Environmental Journalists (SEJ), launched SEJ’s first annual “Journalists’ Guide to Energy and Environment 2017.”

The Clean Power Plan will likely be one of the chief targets of the new administration, said the panel. President Obama’s most significant climate policy establishes state-by-state targets for carbon emissions and aims to reduce national electricity sector emissions by 32 percent below 2005 levels by 2030.

The plan is administered by the Environmental Protection Agency (EPA) based on a 2009 determination called the Endangerment Finding, which states that greenhouse gases are harmful to human health because they cause climate change. “It essentially gives the EPA authority to regulate carbon dioxide and other greenhouse gases under the Clean Air Act,” said Magill.

“There may be movement in the administration to reverse the Endangerment Finding,” said Magill, “which could essentially give legal force to the administration’s claim that climate change is either not happening or the science is unsettled.”

Other changes to watch for include revisions to renewable energy and public lands policies. The first offshore windfarm in the United States became operational this past December and others are currently in development. But “future offshore wind development depends almost entirely on the federal offshore wind leasing program,” said Magill.

There may also be changes for coal. Early last year, the Obama Administration put a freeze on any new leases for coal mining on federal lands. But Interior Secretary Ryan Zinke said that “he would take a close look at the Interior Department’s review of the coal leasing program,” and may reverse the freeze, said Magill.

While some think the Trump Administration will withdraw from U.S. commitments under the pact, it’s not clear how easy it will be to do so, said Seth Borenstein, a science writer at the Associated Press. According to Article 28 of the Paris Agreement, a party must wait at least three years after the agreement enters into force to withdraw, which would be November 4, 2019, for the United States. The withdrawal would then go into effect one year after notification of withdrawal.

It may be possible for the White House to circumvent this rule by withdrawing from the United Nations Framework Convention on Climate Change (UNFCC) entirely, the treaty under which the Paris Agreement was negotiated, said Borenstein. Withdrawal from the UNFCCC would only take a year, but it’s unclear if the president has the authority to do so, as he may need to seek the consent of Congress.

Another option would be to simply dial back U.S. commitments or decide not to fulfill them. It is a non-binding agreement and “there is no international climate court out there,” Borenstein said.

In whatever form, backtracking on the climate deal would substantially affect how other countries deal with the United States, Borenstein said. Countries may adjust their stances in tariff negotiations or access to military bases, for example. He added that “the United States withdrawing does not cancel the Paris Agreement… It essentially cedes leadership over to other countries.”

The fate of U.S. involvement in the Paris Agreement appears to be an unsettled question, said Magill, as new Secretary of State Rex Tillerson has suggested that the United States should remain a party in order to have a “seat at the table.”

Should the United States retreat, Mike Gaworecki, a staff writer and editor at Mongabay, said China is the most likely candidate to take over a global leadership role. China has scaled back coal use, as it struggles to control its smog problems. “We’ve kind of seen China walking the talk,” he said.

Domestically, unlike past Republican administrations, John Siciliano, an energy and environment correspondent at the Washington Examiner, predicted the Trump Administration will not push an alternative climate policy. “There’s not going to be a clean energy program under Donald Trump.”

In some volatile regions, there is increasing concern that water shortages are contributing to instability, said Amena Saiyid, a water reporter for Bloomberg BNA. “One of the stories that doesn’t get as much play is how much of a shortage there is,” she said.

She pointed to water-related tensions between India and Pakistan, India and China, and in the Middle East as prominent examples. The private sector is also worried about water scarcity, she said, as corporations are being forced to balance their operational requirements with the needs of local people.

Water is not just an international concern. Closer to home, the Colorado River Basin is experiencing a significant crisis that gets scant coverage, said Annie Snider, an energy and water reporter for Politico.

Water was originally allocated along the river, which stretches from Colorado to Mexico, during an especially wet period. Now, during normal or dry years, there isn’t enough to go around. “There’s a structural deficit; there is not enough water on the river to meet everyone’s demands as it’s allocated now,” she said. Furthermore, water levels are dropping due to climate change.

The response has been state-led so far and could be a good example of “one of those rare instances where we see a problem coming and we actually make efforts and sacrifices ahead of time to solve it,” Snider said. A successful regional and international approach could be a valuable model for other basins facing similar stresses.

In today’s freewheeling media environment, Borenstein and Snider said people are most likely to care about a story when it affects them personally, so big events like natural disasters will continue to drive coverage of environmental issues. Water safety in the United States, for example, was not on many people’s minds until the crisis in Flint.

Other issues that won’t get enough attention, said the panelists, include deforestation, environmental justice, the Arctic, and the effect of microbeads and prescription drugs on aquatic wildlife.

Given American audiences’ focus on a new administration, Gaworecki predicted less coverage on international stories, especially regarding climate change. “I think we’re going to have bigger, immediate fish to fry here in the States and so I don’t think those issues are going to get a lot of attention when they probably should,” he said.

Darryl Fears, a reporter for The Washington Post, urged journalists to tell the stories of individuals. “I think that we may overlook the people who some of these deregulations impact,” he said. Fears visited farmers in Iowa last year and learned a great deal about how they see water, land use, and pollution issues as a result. 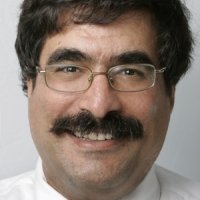 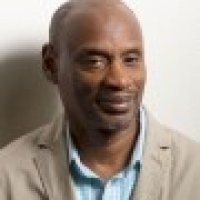 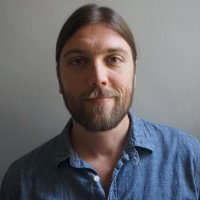 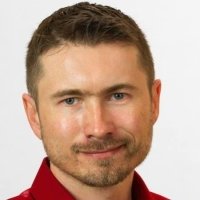 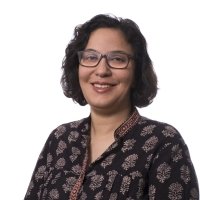 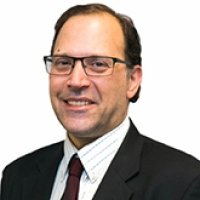 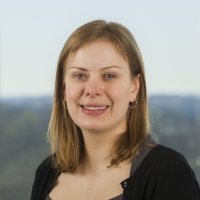 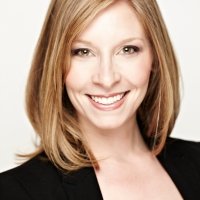