A Kingdom’s Future: Saudi Arabia Through the Eyes of its Twentysomethings

The “Arab Awakening” has focused the world’s attention on young people in the Arab world, where they have been agitating for political reform. But what about young Saudis, who have not taken to the streets like many of their peers? Have they been affected by the “Arab Awakening?” A Kingdom’s Future: Saudi Arabia Through the Eyes of Its Twentysomethings explores the self-image of young Saudis and what they want when it comes to education, marriage, politics, religion, and personal liberties.

Independent journalist Caryle Murphy discussed her new book, A Kingdom’s Future: Saudi Arabia Through the Eyes of Its Twentysomethings, which she researched and wrote while a Public Policy Scholar at the Wilson Center from 2011 to 2012.

On January 14, the Middle East Program at the Woodrow Wilson Center hosted a book talk, “A Kingdom’s Future: Saudi Arabia Through the Eyes of its Twentysomethings” with Murphy. Faris Ahmed Al Sulayman, a young Saudi Arabian studying international politics at Georgetown University, commented on Murphy’s book. Haleh Esfandiari, Director of the Middle East Program at the Wilson Center, moderated the event.

Murphy began by discussing the significance of the youth population of Saudi Arabia, where 64 percent of the population is under the age of 30, and the kingdom’s largest “youth bulge” has not yet reached adulthood. These large numbers mean that the kingdom’s future will be shaped by the expectations, aspirations, and innovations of young Saudis. Murphy shared her experiences during the three years she lived in Saudi Arabia where she did extensive research on its youth. On education, Murphy said that most of her interviewees expressed dissatisfaction with the Saudi system. They said that it does not offer sufficient avenues for self-expression and inadequately prepares them for future careers because of an emphasis on theory over practical application.

Murphy also found that Saudi youth are increasingly expressing themselves online through social media (i.e., Twitter, Facebook, YouTube). The Internet, she said, had given them an opportunity to be more inquisitive and to learn more about their counterparts both in Saudi Arabia and the region. She noted that young Saudis are using social media to critique the social and political norms in their country.

Regarding religion, Murphy said she found that while most of her interviewees want the kingdom to remain committed to Islam, they have begun to lose faith in state religious authorities. They complained that these clerics focus too much on trivial matters, and what is prohibited in Islam, rather than addressing the problems facing youth.

Murphy discussed the impact on Saudi youth of the Arab Awakening. She said that although Saudis have not participated in mass street protests, as in other Arab countries, they have been influenced by those events. In general, Saudi youth have become more vocal in demanding what they consider their economic, social, and political rights. Describing young Saudis as “evolutionary, not revolutionary,” Murphy said they prefer gradual, step-by-step reforms. She added that although the Saudi royal family has not demonstrated that it intends to share power with the people, many of her interviewees expressed the hope that this would occur at some time in the future.

Al Sulayman commented on Murphy’s book from the point of view of a young Saudi. He said he appreciated that someone had made the effort to research the views of Saudi youths, and also that Murphy had traveled to interview people outside of the major city centers of Saudi Arabia. He said Murphy’s book accurately reflects many of the aspirations and sentiments of young people. He shared her analysis of how online social media is influencing the way that Saudi youth is learning and communicating. He noted, however, that self-censorship remains strong, particularly when it comes to expressing views about politics, religion, and the royal family.

In conclusion, Murphy said that she expected the next decade to be a bumpy one for Saudi leaders who will have to accommodate rising expectations for jobs and increasing demands for greater freedom from the kingdom’s youth. In particular, demands by women for jobs and more personal autonomy will be major drivers of economic and social change. But despite yearnings for major political reform among a minority of youths, Murphy does not see for now a critical mass demanding changes that would threaten Al Saud rule. But that could change if the youth’s aspirations are not met or if the kingdom suffers a major economic setback.

Special Note:A Kingdom’s Future: Saudi Arabia Through the Eyes of its Twentysomethings is now available on Kindle and in paperback. 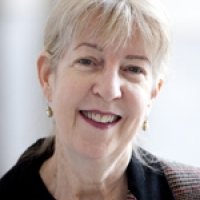