The United States faces a troubling scenario when it comes to the supply chain for critical minerals. Rapidly increasing demand, under-developed national resources, intense international competition, and years of neglect in this issue area place the U.S. at a distinct disadvantage vis-à-vis China in securing access to the metals and Rare Earth Elements that are vital for the energy transition and for geopolitical ambitions. For these reasons the Biden administration has included critical minerals in its review of U.S. supply chains and has called for increased stakeholder engagement.

The Wilson Center Supply Chain Initiative launches a paper that reflects the dialogue sustained by a high-level group of stakeholders in the summer of 2021 and argues that the United States must take a number of key steps to make the critical minerals supply chain more resilient. Join us for an engaging discussion of the challenges and opportunities concluded by this report.

“What we need to focus on is expanding production here in the U.S. as well as in our allies and partners. We have to do so in an environmentally and socially responsible manner.”

“I think particularly here in the U.S. but also around the world, for too long mining has had not only negative environmental impacts but disproportionately negative impacts on disadvantaged communities, Native American tribes or other indigenous peoples, and I think the reality is both for moral reasons and for political sustainability reasons, we have to take this legacy head on and make sure that we get buy in from all stakeholders and make sure we are in fact producing minerals in an environmentally and socially responsible manner if we’re going to be able to secure our supply chains.”

“The security of critical mineral supply chains is an issue that is really at the nexus of this climate challenge, but then also geopolitical challenge, and I think that’s one of the key things that the report is stressing.”

“Today, we are much more aware of how dependent we as a nation have become on the minerals that are produced and processed elsewhere and also, this comes you know in a time when there is a growing tension between the United States and China, which really is the dominant supplier of many of these minerals. The U.S. is heavily dependent on China for these minerals.”

“To me, a really important shift in focus around industrial and manufacturing policy…importantly, there has been a lot of continuity from the Trump administration into the Biden administration on critical minerals and industrial policy, and this is really the consistency and longer term approach that helps the private sector enter into markets and stay there.”

“This really is a simple numbers game, we as Americans want more stuff, need more stuff to build and live in an electrified and digital economy, and because of this there’s a tidal wave of demand coming…the minerals that we use are coming from abroad, and so yes, there are huge opportunities for the U.S. to work with allies, to develop the partnerships and to import this stuff, but really we are in a pretty serious race here, and we’re woefully behind.”

“You see this foreign dominance in a sector like critical minerals really disrupting the U.S., so it has become an economic and national security imperative…and we really don’t have a choice but to enter this market, but not to enter it as China and to try to dominate in that way and have low cost products, it’s to do it in…a way where we are focusing in innovation, on sustainability, on efficiency, on safety, and can distinguish ourselves from others in this space and to work with others also to up their game and to learn from them.”

“The Mosaic Approach has come out of a two-month long consultation process that we enacted at the Wilson Center engaging with stakeholders in the critical mineral space. Our purpose was to complement and supplement the work that’s been going on through the Biden administration and particularly through the White House itself in terms of reaching out to stakeholders in this space to try to resolve many of the vulnerabilities and weaknesses in America’s supply chain process, specifically on critical minerals.”

“Rule of three takeaway: first of all we see three major vulnerabilities in the supply chain, essentially first of all that demand is outstripping supply at an extraordinary rate and unless something changes very quickly, we will be left without the necessary critical minerals supplies that we need for our competitiveness as a nation as well as the defense of a nation. That rapid in demand is of course driven by a number of factors but most importantly is by the energy transition itself, as we move towards increasing focus on electrification and renewable energy. Secondly, we identified a very significant vulnerability in the level of competition, obviously with regards to China…but also there is a headlong struggle right now to try to secure access to critical minerals around the world, including from our allies in Europe, Canada, and other countries. The third set of vulnerabilities were identified with reference to the governance of the critical mineral sector and American, Canadian, and European firms identified that they felt themselves at a disadvantage relative to Chinese and other competitors with regards for their transparency disclosure and ESG requirements and rather than saying that the sanctions needed to be lowered, everyone agreed that what we need is in fact a global raising of standards and a unified approach to a regime for ESG.”

“At the international level there was consensus that two things need to happen. The first is…the development of an international regime to provide harmonized standards for governance, for environmental and social regulation, and in particular for transparency and disclosure. And secondly, that allies are going to be fundamentally important, not just in the extraction of critical minerals from the earth, but just as importantly in the refining and processing of those critical minerals.” 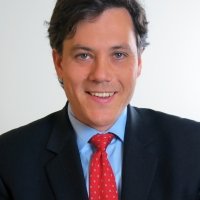 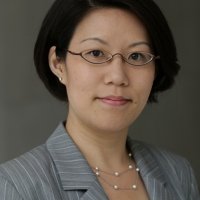 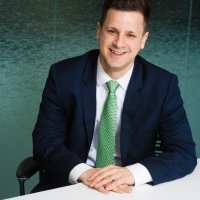 Article
Conflict Resolution and Peacebuilding
Mexico in the face of Russia's invasion of Ukraine - economic, political, and commercial consequences
By Juan Carlos Baker on April 20, 2022