Panelists discussed the importance of male engagement and the roles men and boys can play in effectively combating Gender-Based Violence (GBV). Held to launch the 16 days of activism against gender violence (Nov. 25 – Dec. 10), this conversation featured four of the world’s foremost male spokespeople for gender equality and women’s empowerment.

Four top male experts on gender equality and women’s empowerment discussed the importance of male engagement and the roles men and boys can play in effectively combating gender-based violence (GBV).

Barker introduced the prevalence of GBV by noting figures published in a recent Promundo study, “Evolving Men: Initial Results from the International Men and Gender Equality Survey,” which point to the high incidence of men reporting having used violence against a partner in their lifetimes. Through a series of questions posed to each speaker, Barker challenged them to strategize on means to strengthen advocacy against GBV.

Cammaert discussed barriers to combatting GBV in the Democratic Republic of the Congo (DRC), where he carried out an assessment on sexual violence in armed conflict as part of a UN peacekeeping mission. Cammaert detailed strategies to combat GBV in conflict situations, particularly, the preparedness of troops, the facilitation of communication and trust between troops and the local population, especially women, and the management of locals’ expectations of the capacity of the UN mission. He also mentioned the importance of air mobility and local intelligence to determine the hotspots of GBV. Cammaert concluded by emphasizing the need for state involvement on issues pertaining to rule of law.

Steinberg discussed women’s exclusion from the peace process as well as post-civil war transitions. During his time as the former Ambassador to Angola, Steinberg discovered that the exclusion of women from the peace process resulted in “gender neutral” agreements that they did not cover issues such as sexual violence, maternal healthcare, and women’s education. Furthermore, in the wake of the Angolan civil war, many soldiers returning home physically abused, raped, and even murdered female partners. Steinberg pointed to the lack of political will and resources among governments in the developing world as the main factor in the perpetuation of GBV. As a solution, he suggested that the U.S. establish bilateral agreements with several states while also encouraging the participation of local groups through training, physical protection, and offering stipends.

Briggs discussed strategies to encourage men to take up the cause of GBV as well as using social media and technology tools to increase activism. Mentorship and therapeutic discussions assist young men in combatting the underlying thought processes that sustain GBV. Particular attention is given to the analysis of the constructs of manhood and strength as well as the effect of GBV in their communities. Social media plays a critical role as it encourages all members of a given society to document abuses and act as “citizen journalists.” Briggs concluded by mentioning the need for further collaboration with faith-based organizations and trauma experts that could work at the family level. He also recommended beginning discussions on GBV at the level of primary school in order to truly affect the developing mindset of at-risk youth in this country, particularly those that witness violence in the home. 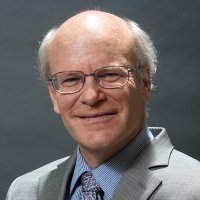