On February 16, Jihad Azour discussed the regional outlook in MENA in 2021. This is a critical year to revisit economic hopes for the region. The COVID-19 epidemic will continue to constrict national GDPs and as vaccinations accelerate, countries will be looking beyond survival to recovery. The incoming Biden administration will be in the early stages of formulating its Middle East strategy, of which economic development will play a central role. Policy makers will need a carefully considered approach to dealing with a region in the midst of economic and political transformation.

Dr. Jihad Azour, Director of the Middle East and Central Asia Department at the International Monetary Fund, stated, “For this year, we expect the whole region will witness positive growth of 3.1 percent. This comes after a year of negative growth of 3.8 percent, so it is not enough for countries to recover the loss of 2020.” Dr. Azour prescribes three sets of policies to be implemented: first, policies that save lives, namely procurement of vaccines and provision of resources to the medical system; fiscal policy to establish an economic floor and protect small- andmedium-sized enterprises (SMEs); and measures that allow the economy to remain active, such as improving access to finance.

The vaccine will play a crucial role in both protecting the lives of Middle East and North Africa (MENA) populations and shaping the region’s economic recovery. Dr. Azour outlined the three patterns of pandemic response in the region. The GCC countries took early steps to expand medical coverage and procure the vaccine, aided by oil revenues. Emerging countries, such as Egypt, Morocco, Jordan, and Tunisia, were able to prevent total economic fallout but are vulnerable to future shocks. Lastly, fragile and conflict states such as Lebanon, Iraq, Yemen, Syria, and Libya suffer weak institutions, and limited access to vaccines and medical support.

Technology and inclusion: the path to recovery

Dr. Azour contended economic recovery can be achieved by focusing on “the silver linings”. The IMF found technology is critical to accelerating economic recovery in two ways. First, countries with existing technological capacity were able to provide social assistance and remote services. Countries with the capacity to maintain economic activity through remote work recovered faster from the impacts of lockdown measures. Second, Dr. Azour argued that because the region’s young population will need between 25 and 30 million new job opportunities, “Only fast-growing sectors will allow this, which are those invested in technology.” Advancements in technology will make use of the highly educated young population.

In the last decade, the level of women participation in the workforce did not increase at the same rate as other parts of the world, and the role of youth was limited. “Technology can transform production, the way education is provided, and how inclusion is achieved,” argued Dr. Azour, adding, “The recovery has to be centered around people.” Redesigning production and allowing women and youth greater access to the market will allow a faster recovery. For example, the IMF found if countries in the region increase women’s representation in the workforce to, “half of what it is in other emerging economies, you can create $1 trillion of new output.”

Diversification and promoting the private sector

Following the major drop in oil prices in 2015, some countries in the region pursued economic diversification to limit oil dependency. Dr. Azour argued that while historically, countries would look outside the region to diversify its investment and risk portfolios, this trend has started to change. “Most recent was the Public Investment Fund (PIF) in Saudi announced they will invest around $40 billion in the local economy per yearin order to accelerate diversification.” Given many economies in the MENA region have large service sectors, countries have strived to, “reposition to ensure the size, scope, and nature of those activities will adjust and align with the new shape and form of globalization.” This development will be critical to promote a strong recovery in the sector that employs millions of people.

Additional sources of diversification come from investment in SMEs and local startups, renewable energy sources, and revenue streams outside the oil sector. Dr. Azour believes these tracks will, “allow the state to be less dependent on oil revenue and allow greater diversity in labor,” as these sectors will attract high-skilled labor.

Yet, developments at the state-level must complement the activities and capabilities of the private sector. This includes encouraging private investment, which has stagnated in the region following the 2008 financial crisis. Countries should gear their policies to, “trigger and attract additional FDIs from external sources… it is about building the know-how and capacity to link investment into the broader market,” Dr. Azour said.

Dr. Azour believes the challenges that countries are currently facing can provide an avenue for renewing regional partnerships. The IMF, “sees a great opportunity for countries to work together and expand the vaccination, and make sure there is a solidarity between countries in the region.” Cooperating on the vaccine can create openings for additional initiatives, such as climate issues and the diffusion of knowledge and technology across MENA.

This will bring both economic and social benefits. Dr. Azour stated, “The new global economy will privilege shorter value-chains and regional linkages.” Enhancing the level of food and service exchange between countries will lead to economic growth. This will require updating top-down agreements and developing regional standards to improve governance and market practices. In turn, “It will trickle down in terms of improving social conditions and reduce the risk of social unrest. Big crises are moments of risk too and can generate unrest.” In sum, regional partnerships can accelerate vaccinations, makethe economy more resilient to changes in the global economy, and enhance confidence in the government.

Overall, Dr. Azour recommends a timely, coherent, and ambitious recovery program that aligns these various elements into a forward-looking strategy. He argues the challenges in the region can be turned into opportunities, especially when countries work together. 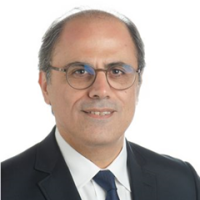