Militias in the Fight Against ISIS: Spoilers or Stabilizers?

The panel examined militias that have played a major role in the campaign against ISIS, particularly Lebanese Hezbollah, the Kurdish peshmerga and the PYD (Democratic Union Party), and Iraq’s Popular Mobilization Units. Are these groups spoilers that will disrupt regional politics and lead to anarchy? Are they stabilizing forces that can help assure peace in areas marred by war? Panelists assessed their impact and discuss how U.S. policy can better engage them to promote regional order.

Three experts discussed the roles militias have played in the campaign against ISIS, and how they should be integrated into post-conflict political resolutions in Iraq and Syria.

Ahram first explained the “orthodox approach” to combatting ISIS and terrorism, which is to concentrate on the terrorist group’s “lack of state-ness” and therefore focus on building state needs, such as the Iraqi military’s capabilities. He then argued international actors are now moving from that approach toward a strategy of engagement and collaboration with militia groups, noting that U.S. strategy should be aimed at the city and district level rather than the national level. Ahram then asserted that there are two “mental barriers” for the United States vis-à-vis supporting militia groups: 1) how confidently the United States can distinguish benevolent militias versus malevolent ones; and 2) how the United States should approach militias in post-conflict situations.

Alaaldin next claimed that militias are “here to stay” because they have both established support bases and resources, and post-conflict societal evolution is tied to these groups’ development. He said the United States must determine how to define the concept of a militia; according to Alaaldin, people see militias as “sectarian, tribal, and religious,” and policymakers struggle with recommendations because the groups need to be viewed as potential political actors. Conversely, these militia groups must understand they cannot survive solely on conflict, which makes their increasing participation in civil activities a promising sign, Alaaldin emphasized.

Next, Ottaway said there are “no good and bad militias,” because they each have multiple roles and goals in Iraq and Syria. The peshmerga and Iraqi Popular Mobilization Units (PMU) have been crucial to countering ISIS, which affords them power in reconstituting Iraq, but Ottaway argued that it otherwise is a “free-for-all.” In Syria, the YPG/PYD has kept northern Syria out of Assad’s and ISIS’ hands, which lends them power as well. The United States must attempt to identify benevolent and malevolent actors in this increasingly complicated scene, she emphasized, because the militias are “here to stay” and cannot be ignored.

During the audience question and answer session, Alaaldin stated that during a recent trip to Iraq, during which he met with various militia groups, he noticed there were “militias within militias.” In essence, the militia groups the United States supports sometimes have issues controlling more forceful contingents within their groups. Ottaway, answering a question about Rojava’s rebranding as the Democratic Federation of Northern Syria, said that this was similar to other situations around the world; Ahram added that the region’s “de-ethnicization” and espousing of federalism is a good sign for post-conflict Syria.

Barkey, in a final question, asked each speaker how they would “buy” militias if they were hypothetically the central government of Iraq. Alaaldin recommended utilizing a grassroots approach, working with clerics, tribes, and civil society because they “have greater reach to the militias.” Ottaway then noted there were two levels: the central government, where some militia leaders would participate in the political process, and the local level. Ahram concluded that despite a rising inertia toward each local party having its own militia, a multi-tiered system (similar to Iran post-revolution) is a pursuable model. 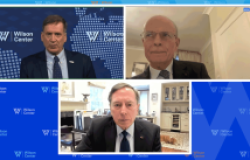 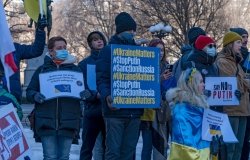 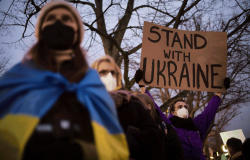 Article
Security and Defense
World Reaction to the Invasion of Ukraine
February 24, 2022