This seminar explored the Human Opportunity Index, designed to measure difference in access within and among countries of the region.

Ten of the fifteen most income-unequal countries of the world are based in the Western hemisphere; indeed, by some measures, nearly all Latin American countries suffer from greater income inequality that those of Sub-Saharan Africa. On September 30, 2011, Cynthia Arnson, director of the Latin American Program at the Woodrow Wilson International Center for Scholars, opened a discussion on how to reduce that inequality. "A New Approach to Social Policy: Measuring Access to Opportunity" focused on the World Bank's newest composite indicator, the Human Opportunity Index, that considers the influences a child's circumstances at birth have on his or her opportunity for future economic advancement.

Even as actors on the political left and right disagree on how to address inequity, both sides agree on the importance of equal opportunity. The World Bank's 2008 report, Leveling Opportunities, Key to Latin America and the Caribbean, argues that policies targeting equality of opportunity will be politically more viable than efforts to enact redistributive policies meant to reduce the inequality of wealth. The far-reaching report set out to measure opportunity both by country and within each. 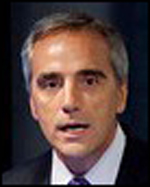 Presenting the findings of the study was Marcelo Guigale, World Bank director of Economic Policy and Poverty Reduction Programs for Latin America. He noted the "sizable dent" in poverty over the past 10 years, a reduction brought on not by trickle-down economics but by public to private transfer of wealth as well as $60 billion USD in remittances, wages earned abroad and "sent home directly to mama." If a proven mechanism for reducing poverty is in place, how can the state step in to assist those still left out of newer prosperity while avoiding ideological impasse?

A team of World Bank researchers developed the Human Opportunity Index (HOI) to understand the importance of a child's circumstances—such as gender, family background, and location of birth—on his or her access to basics such as clean water, sanitation, electricity, and education. In turn, these results were examined to gauge the access the child would later have to services necessary for economic advancement. The study utilized household surveys recording data on 200 million children living throughout Latin America and the Caribbean between 1995 and 2005. A series of bar graphs compared the access to various opportunities of two children, one living with four siblings in a rural, single-parent household with an illiterate parent and per capita income of 1 USD, and another child living in an urban household with one sibling and two parents who have completed secondary education and earn a per capita income of 25 USD. As it turns out, the disparity's impact varied from country to country, and from subregion to subregion, often depending on social services, such as quality education, already in place. Across the board, the single greatest indicator for economic advancement is a child's mother's education.

The six countries ranking highest for HOI in Latin America are all very ideologically different, indicating that a consensus on social policy to combat inequality can be reached. But how do all of the data translate into social policy change? To illustrate how one, early intervention can have long-range impact, Guigale said that he when he travels, he asks the mothers he sees, "When you were giving birth and looked down, at that very moment, what did you see? It tends to be a very personal question…but it's a super important question. Because once you have a doctor or nurse receiving you in life all kinds of other things trigger automatically." A newborn will be issued a birth certificate, making him or her eligible to vote as an adult. "Don't laugh," Guigale said. On paper, "10 percent of our children in Latin America don't exist." A child with an institutionalized birth will receive vaccinations, and upon returning home, will be accounted for in educational institutions.

In conclusion, Guigale, on behalf of the World Bank, assured that public policy can make those uncontrollable circumstances at birth irrelevant to an individual's access to opportunity and economic advancement, and that it can do so fairly quickly. 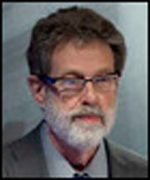 Robert Kaufman, professor of Political Science at Rutgers University, praised the index as a huge improvement over previous measures of coverage alone and reiterated that a nation can improve their HOI by increasing coverage of public services or increasing equity of their distribution.

Kaufman acknowledged that this study will help policy makers re-focus their attention on equity but did not share the same optimism that it would reduce the debate over the equality of outcomes. He observed that policy changes to broadly increase public service provisions will gain the most popular support. While reallocating and targeting services may be more cost-effective ways to eliminate disparities, such actions have, historically, been difficult to implement. Finally, Kaufman identified an S-shaped pattern to improvement in equality, proposing that countries start out slowly, human opportunity gathers steam, and then the rate of change tapers off. Rates of improvement must be considered in addition to absolute rankings. Venezuela, for example, shows a much higher HOI than Brazil, but Brazil's rate of improvement outstrips Venezuela's. A further concern: populations hardest to reach and most in need of assistance tend to provide little political payoff. For Kaufman, the most interesting part of the study was its focus on sub-regions. He cautioned against a decentralization conclusion to equalize sub-regional differences, as the greatest disparities are in poor countries and this finding may be a function of national wealth. He suggested incorporating GDP as a factor in the next regression of the study.

Director of the United Nations Development Program (UNDP) Human Development Report Office Jeni Klugman also praised the Human Opportunity Index while questioning some of its methodology and policy insights. One of her key concerns was that a solely opportunity-driven approach neglected outcomes; unequal outcomes can occur alongside equal opportunities. She critiqued the study's failure to include participants' ethnic or indigenous status; it also failed to take into account overlapping circumstances, such as being both a girl and poor, as well as overlapping deprivations—having neither education nor electricity. Finally, Klugman argued that how a country reached greater equality—the Cuban versus the Costa Rican models, for example—merits discussion.

Klugman compared key results of the HOI study to the Human Development Index and to others that identify gender inequality and overlapping circumstances and deprivations.
Some indexes ranked a different Latin American country at their top and the bottom rungs. Klugman noted a distinct eclecticism about the various development models and suggested that, though the World Bank's report highlights diverse pathways to success, it does not explore them. She provided three possible routes to improvement: circumstances, scale, and equalization. She reflected that the possibility of influencing circumstances is too abruptly dismissed and reminded the audience that, as Guigale pointed out, income transfers have played a powerful role in the opportunities provided to migrant families.

Members of the audience raised several concerns following the presentations. One mentioned that countries at the top of the HOI had experienced more equality through the 1970s and continue to enjoy the healthcare and education structures built then, indicating the efficacy of wealth redistribution. Another cited the "incredibly intensive" efforts needed to replicate, for example, Cuba's healthcare system and cautioned that expecting rapid results might mistakenly fault programs that worked well but slowly. Another noticed the study's glaring lack of ethnicity (Guigale countered that only data points available for all countries can be included. Countries must measure the same data in their household surveys, and some states don't want to include ethnic data for political reasons). Another audience member raised concerns that equal opportunity policy would emphasize public investment in programs such as equitable water and education services while overlooking the older, more fundamental factors of why poverty exists; one forewarned of political problems that could arise with regard to strategically targeted versus widely applied programs. Guigale responded to these doubts by acknowledging that while there is no "silver-bullet approach," the study has invited other researchers to fill in any "blind spots." He concluded by reiterating the implicit theory of the Bank that all children are equal at birth and therefore deserve the same opportunities for economic advancement.