New Approaches to Trans-Atlantic Relations in the Early Cold War

Giuliana Chamedes and Udi Greenberg explore how European agents utilized U.S. institutions and power in order to promote their own political agendas. The panel discussion will shed new light on the ideological and political forces that helped shape U.S. diplomacy in postwar Europe.

in the Early Cold War

In this panel, James Chappel (Duke University) and Udi Greenberg (Dartmouth College) will offer new perspectives on U.S. reconstruction efforts and anti-Communist mobilization in Europe during the early Cold War. Based on a wealth of newly uncovered archival sources, both presentations will explore how European agents utilized U.S. institutions and power in order to promote their own political agendas, which predated the Cold War. In doing so, the presentations will shed new light on the ideological and political forces that helped shape U.S. diplomacy in postwar Europe.

In his presentation, James Chappel will argue that European federalism provides a bridge between the geopolitical priorities of the United States and the domestic reconstruction of Western European societies. Even though federalist accomplishments were relatively meager in the first postwar decade, federalism was a massive popular movement in the early postwar years. It provided a vital and yet unrecognized function, paving the way for European Catholics, and the Christian Democratic parties representing them, to conceive the post-World War II order as legitimate. These Christian parties came to power almost everywhere on the continent that had free elections, and they were all obsessed with the possibilities of European federation. The Americans, too, saw federalism as a path to a democratic Europe, and devoted considerable funds to these early movements. By reconstructing this moment, we can see how religion, domestic political order, and American geopolitical priorities overlapped in the epochal decade after the end of World War II.

Greenberg will focus on the dramatic transformation in the relationship between the United States and German Socialism, from animosity to a strong Cold War alliance. His presentation will uncover how German Socialists cooperated with U.S. diplomats in order to bring about this change, and will show that the origins of this cooperation lay not in the Cold War, but in anti-Communist campaigns from the 1920s.

The panel will include comments by Piotr Kosicki (University of Maryland), and will be chaired by Christian F. Ostermann, Director of the History and Public Policy Program and of the Global Europe Program at the Wilson Center. 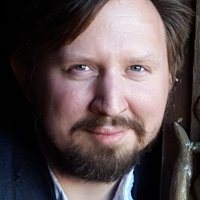